by Leigh Thompson and David Schonthal 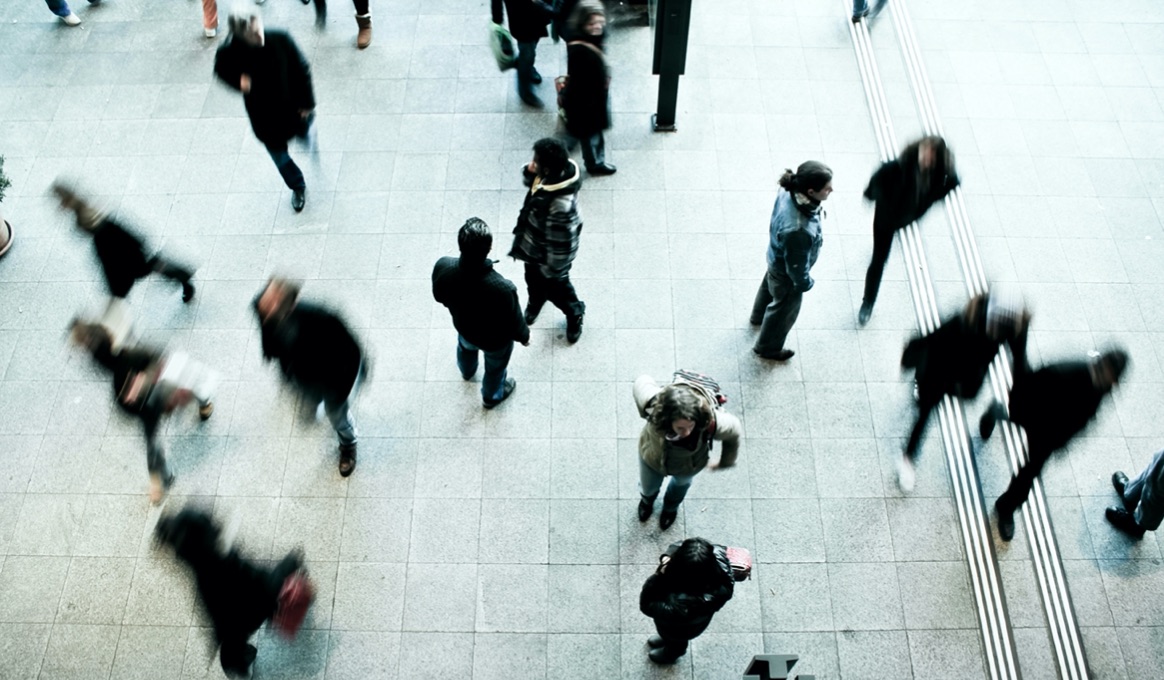 Design thinking continues to climb in popularity in organizations, management instruction, and literature. Notably, its four core tenets (observe and notice, frame and reframe, imagine and design, and make and experiment) are a human-centered approach to innovation. and thus can be significantly informed by an understanding of human cognition and behavior.

Social psychology studies how and why people feel, think, and behave. This understanding, when applied to design thinking, can allow designers to more effectively innovate and identify various cognitive obstacles that impede the process.

According to the principles of social psychology, the first tenet of design thinking, observe and notice, is a cognitive strategy that challenges the design thinker to complete three mental acts. The thinker must abandon his or her preexisting cognitive scripts to notice, learn inductively, and find a pattern.

The first act involves adapting the thinker’s existing understanding of the cause-and-effect relationships in situations. When the thinker’s existing conceptions of causal processes are too deeply ingrained, he or she can fail to notice something in the environment and miss a potential avenue for innovation. Similarly, when it comes to inductive learning, or making inferences based on limited information, people have a tendency to draw upon their existing ways of processing information. That is, they tend to see what they expect to see. Finally, people carry out the third act of pattern recognition through using schemas or scripts to make sense of the stimuli around them. When prior scripts are too ingrained, people can see patterns that do not actually exist – such as when stock traders in a study quickly claimed to find a pattern in the data they were given, when in reality, there was none. To effectively “observe and notice,” designers must set aside the pre-existing frameworks through which they think.

Designers should also be aware of the cognitive biases affecting their subjects. For example, the cognitive phenomenon of inattentional blindness, wherein people tend to tune out aspects of their surroundings that they are not focused on, featured in a study at IDEO. The design team was hired to increase customer engagement with a grocery store’s in-store shopping experience. To determine how much customers were engaged with their surroundings to begin with, a designer in a full gorilla suit walked through the store. Surprisingly few adults noticed the “gorilla” at all.

Social psychological principles explain how the shoppers were following an existing script of an established shopping routine, which prevented them from paying attention to occurrences outside the script – even when they were as absurd as a full-sized gorilla suit. Thus, IDEO deduced that they needed to change the shopping script itself.

Paradoxically, while designers are asked to abandon frames and lenses to notice a problem, they must be ready to use several different frames in the second tenet of design thinking: “frame and reframe.” Design thinkers must view a problem from several different perspectives.

One way to view a problem from a different frame is to use analogical reasoning, or drawing parallels between two different situations. In one instance, restaurants serving high-end Wagyu beef wanted to make their customers more aware of the quality of the beef. The design team reframed its perspective to approach the problem like the wine industry, and created a “Reserve List” for the Wagyu similar to a wine list.

After designers observe and reframe, they can begin to “Imagine and Design”, or the third tenet of design thinking. As designs are developed in teams, the psychology of group brainstorming is important to consider.

First, prior research shows that group size is correlated with both the quality and quantity of ideas being generated. The larger the group, the more unproductive it will be in creating ideas. To fully optimize group ideation, designers should use three techniques: brainstorming, brainwriting, and speedstorming.

Alex Osborn, the advertising executive who first developed brainstorming in the 1950s, outlined four cardinal rules: expressiveness, non-evaluation, quantity, and building. Unfortunately, these rules are routinely violated. One key impediment to successful brainstorming is that group members tend to self-censor out of politeness. This “politeness ritual” ultimately harms the expressiveness of the group and the number of ideas being generated. Thus, brainwriting may be a preferable alternative to brainstorming. Rather than verbally contributing ideas, team members are instructed to record all of their ideas silently. Brainwriting usually generates far more ideas, which tend to be of higher quality.

Another brainstorming tactic is speedstorming. During speedstorming, individuals pair up like they would in speed dating, which eliminates the problem of large groups. Speedstorming is an ideal way to approach complex problems, and has been successfully implemented in areas like the public sector, education, and nanoscience collaborations.

Finally, the design thinking process concludes with the tenet of “make and experiment”. This step inherently includes failure, iteration, and learning, but people unfamiliar with design thinking often become discouraged.

At this point, employing a growth mindset over a fixed mindset is important to overcome failures. As Carol Dweck found, if people believe that an ability or skill is the result of practice, rather than genetics, they will try harder and often arrive at more creative solutions. During the “make and experiment” step, design thinkers must ask “How Might We?” (HMW) questions. HMW questions challenge the designer to imagine how to accomplish a goal, thus encouraging the designer to change rather than succumb to immutable conditions. A growth mindset is essential to prototyping.

Designers often prototype early in the design process. They may prototype in low-fidelity media, such as rough sketches, cardboard models, and storyboards, in the beginning stages of concept development to signal that the idea is still under development and not precious to the designer. This encourages other team members to share constructive criticisms and ideas.

Designing the Future: Strategy, Design, and the 4th Industrial Revolution