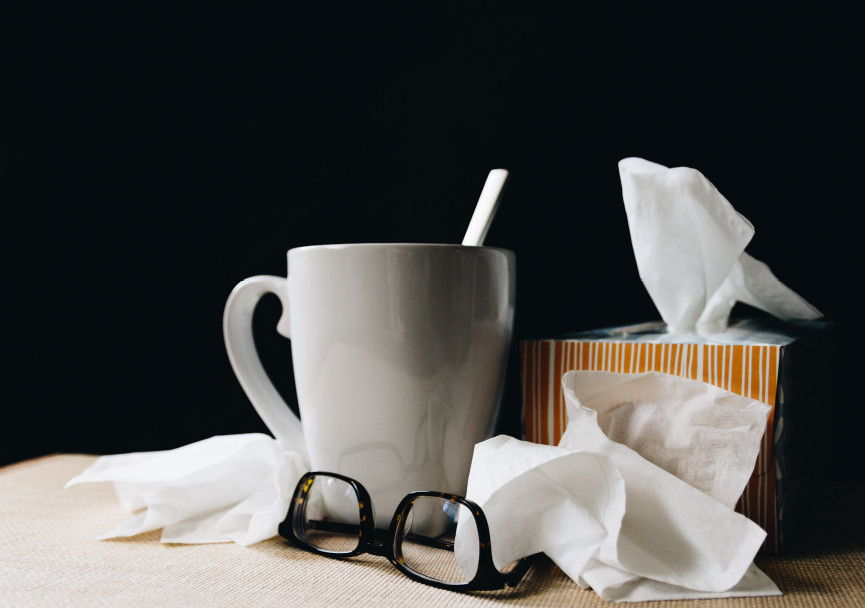 Coming in to work while you're sick is more harmful than you might expect.
Insight | Note 28 Feb 2020

We’ve all been there before: You wake up with a scratchy throat and throbbing forehead, clearly in the beginnings of a cold, perhaps even the flu that’s been going around. You consider calling in sick but remember you have a boat load of work today and you don’t want it to stack up. Also, you have that vacation coming later in the year so you don’t want to waste any more time off. You slam some orange Emergen-C water with some DayQuil and head to work. On your way, you realize you probably have what your other coworkers were coming down with last week. “Well why the heck did they come in and get me sick too?!” And it dawns on you you’re doing the exact same thing they did, likely for the exact same reasons.

Presenteeism, the problem of employees who are sick, injured, or suffering some other condition still showing up to work, is detrimental to productivity and the well-being of both employees and employers. In the United States, nearly 80% of lost productivity is blamed on presenteeism. So while employees think they are powering through and still contributing to their companies in the face of illness, it’s actually the opposite. Furthermore, employees aren’t saving themselves any money either. According to the Department of Labor, American workers only average eight days off annually. This results in them essentially returning over $600 annually back to their job in unused vacation time.

The reasons for presenteeism are as common as the colds that ignite them. In the upcoming California Management Review special issue on Design Thinking, the article “Design-led Strategy: How to Bring Design Thinking into the Art of Strategic Management” by University of Sydney Business School Professor Eric Knight details how design thinking influences corporate managers in the modern age.i Employers who develop solutions that are sympathetic to the needs of customers and their workforce have often performed better financially with increased employee and customer loyalty. What are some ways companies themselves can alleviate the causes of presenteeism by understanding the fears of their employees?

Fear of Lost Earnings and Vacation

Perhaps the most common reason employees keep showing up to work despite being sick is the need for money. As mentioned above, it actually costs both employees and employers money to accommodate ill workers. Outside of saving vacation time, non-salary workers tend to live paycheck to paycheck and have a fixed income. They don’t want to risk a smaller amount in a pay period as that small deduction could mean reduced food, leisure, and overall standard of living to still cover housing, utilities, travel, phone bills, and other modern necessities.

Employers can offer a cushion for employees to stay home by allowing remote work. If many of an employee’s tasks are online or able to be completed at home, allowing an allotment of home work days can still achieve productivity while allowing employees to heal at home and not spread illness amongst the staff. Furthermore, having separate “sick days” from “vacation days” will not cut into an employee’s planned time off and boost employee attitude.

Even if employees are able to work from home, they fear their productivity will likely not be the same as when they’re in office where their resources and coworkers are to consort and reference with. Employees fear that in their absence, tasks will mount due to coworkers not having them there to solve problems, or jobs that they specialize in will go undone until their return. This creates a sense of insecurity in one’s job and fear that they might be seen as expendable if tasks and jobs go perfectly smoothly without their contributions.

Managers who allow workers to have time off from work should assure their employees that tasks will be evenly distributed among the staff in their absence. Larger tasks that require direct action can be carried out by a mix of coworker assistance, management intervention, and remote work from the sick employee if it’s a possibility. It’s also worth noting to your employees that slaving away for large workloads results in larger loads of stress on one’s body, increasing the likelihood of disease and other ailments. According to WebMD, a 61 to 70 hour work week creates a 42% increase risk of heart disease. A 71 to 80 hour week cranks that increase to over 60%. Maintaining workloads is not worth the risk of death and disease.

However, sometimes an employee’s dogged dedication to showing up to work is a nobler one – They love their job and company and feel a certain loyalty to their employers and coworkers who depend on them. To these golden employees, an employer owes them the assurance that their wellbeing is more important than a few days work loss. Jobs that cannot be done without the employee’s presence are not as important as the said employee being in optimal condition to carry said job out. Assuring the worth of the employee and utilizing the rest of the staff creates faith in the employee and increases morale upon their return. Whenever a boss treats their staff as expendable soldiers, sick or not, this will increase an employee’s likelihood of leaving or not caring about the company altogether.

David SalisburyFollow David Salisbury is an Editorial Associate at California Management Review / Berkeley Haas Case Series. He holds a BA in Communications from Michigan State University and has worked six years in the San Francisco Bay Area tech industry. He is also an accomplished filmmaker and musician.
« PREVIOUS
The Future Titans
NEXT »
AI in Agriculture: Is the Grass Greener?

How Does Your Labor Force React to COVID-19? Employing Social Media Analytics for Preemptive Decision Making

Tuning in to Generation Z