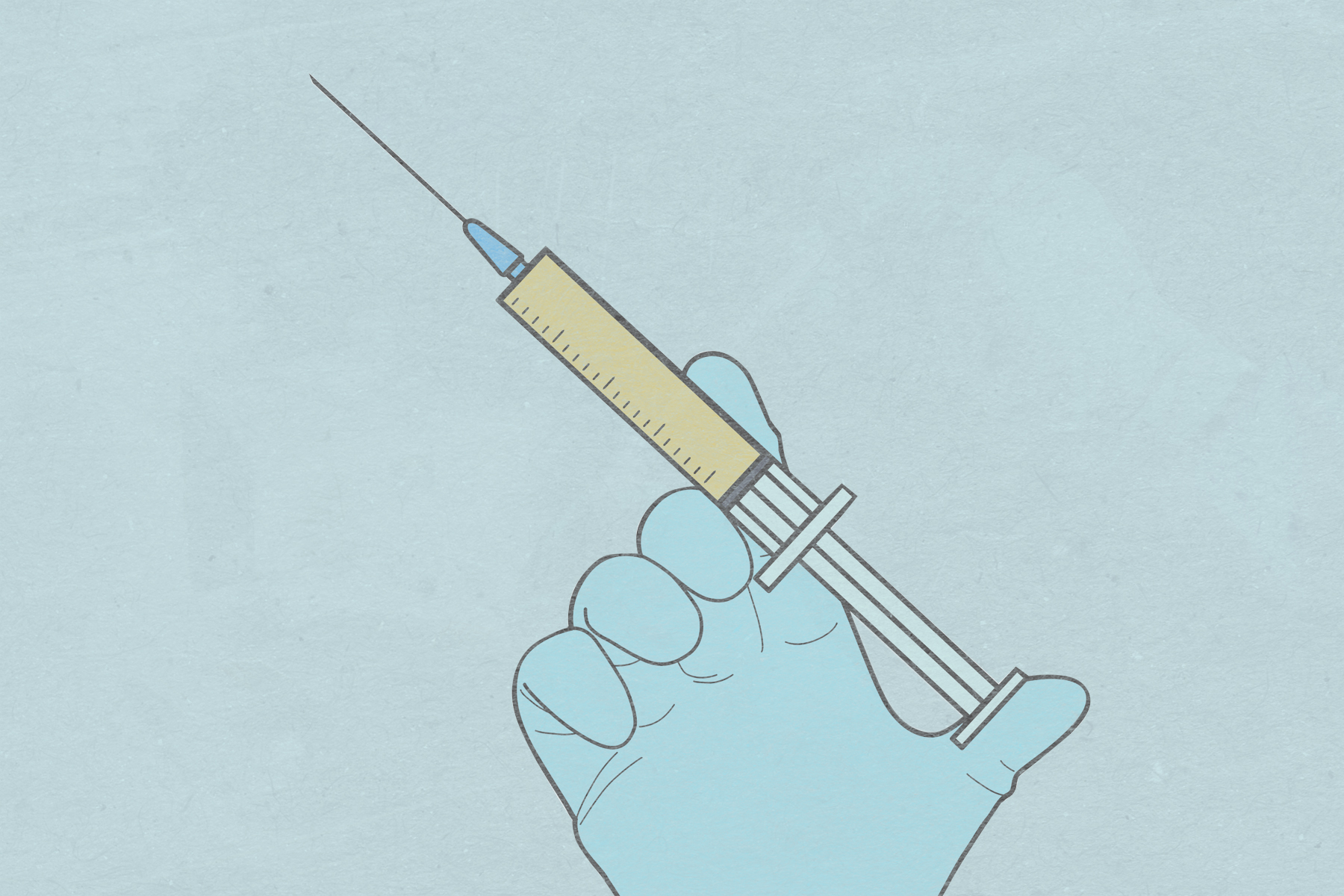 The global race for a cure will require a pragmatic approach to innovation that defies existing conventions in project management.
Insight | note 22 May 2020

What will it take to quickly find an effective COVID-19 treatment? Amid calls for a coronavirus czar or a new medical “Manhattan Project,” we need to ask just what kind of process will be the most likely to succeed.

We have studied the origins of the highest-priority new medicines of the last two decades – the ones that improve our treatment of patients with serious and life-threatening diseases. In other words: exactly what we need right now. The clear message is that command-and-control processes where the world’s leading experts come together to focus resources on what seem to be the most promising ideas — an approach that would be the natural tendency of almost any czar — is actually less likely to come up with something new and important. Instead, what we need is a multiple-shots-on-goal approach that would allow us to test as many and as diverse ideas as possible, some of which will seem crazy to some experts, at least until they start working (or can unambiguously be ruled out).

“Command-and-control processes where the world’s leading experts come together to focus resources on what seem to be the most promising ideas… (this approach) is actually less likely to come up with something new and important.”

For years, the diverse and uncoordinated efforts of small entrepreneurial biotech companies have outperformed the rigid structures often found in large, well-established companies in creating high priority drugs, despite fewer resources and less experience. They have done so by trying many, many things; failing early and often; and eventually discovering genuinely novel and impressively effective medicines. Those successes are often completely unexpected. When the Nobel committee awarded the 2018 prize to James P. Allison of the University of California, Berkeley, it noted that his breakthrough in using the immune system to help combat cancer came “despite little interest from the pharmaceutical industry,” and it was ultimately developed by a small biotech company…

The Manhattan Project begun in 1939 to develop a nuclear bomb is often perceived as the first modern example of a large-scale project that applied czar-like control-oriented principles (top-down planning, focus on hitting milestones, etc.), but it was far from that. In fact, knowing when to experiment widely, and when to focus, was the reason for its success. Initially expecting to manage a large-scale engineering project involved in assembling and deploying all the necessary resources to build the atomic bomb, General Leslie Groves soon learned that no one actually knew what was needed. There was no working design for the bomb, and there were widely disparate theories for how it should be designed.

Groves’s team consisted of arguably the smartest group of scientists in the world. His vital insight was to take their various and conflicting ideas, and, instead of trying to pick a winner, he pushed the candidates forward in parallel. That is, rather than asking for the consensus choice, he provided them with the resources to advance them all simultaneously, and them learning from one another. He then focused on responding and adapting to unforeseen events as they occurred, including adding new candidate solutions mid-course, and the new candidate (on plutonium enrichment) then rejuvenating a seeming losing candidate (in bomb design). Doing so not only enhanced the overall chances of success, but also sped up development in the midst of an extremely important race.

The (nowadays) conventional project management wisdom, of focusing on the “best” candidate (because that sounds efficient) makes sense only when you already know what success looks like. With a clear picture of all the required steps towards a successful outcome, carefully staged, sequential planning brings projects to completion on time and under budget.

But that is not where we are today with COVID-19 treatments. We do not yet know what characteristics a safe and effective treatment will have. In the current crisis, medical science has the broader remit of defeating the enemy by any and all means possible. We’re more like Eisenhower than Groves. We don’t yet know whether we want a bomb or a battleship or a missile. In fact, in the end, we probably will need a combination of treatments. We just need to win the war.

Medical science has responded to this new viral challenge with a burst of creative ideas. Around the world, university, government and corporate scientists are repurposing old drugs, designing new ones, and trying to imagine what even more novel approaches might be effective in combating this virus. We need to cheer them all on.

What should a coronavirus czar do?

First, protect the independence of all the various projects, and resist the urge to centralize. Then do everything we can to make sure that each project at every university, government lab and company gets what it asks for: access to samples, the cooperation of clinics for testing, collaborations with other labs with complementary technologies, and the removal of red tape. In short, make it easier and faster for every research effort, large and small.

Second, look for ways to facilitate learning across projects by encouraging as much open sharing of data, laboratory reagents, and results (both good and bad) as possible. Each time a question is answered, and our understanding of an area is improved, all teams need to know. For some teams this might have little impact, but for others it might become a catalyst for their next set of questions. Collaboration should also be distinct from coordination. What we need is information sharing rather than goal alignment among the different teams. Digesting such information takes time, which is of essence amidst the pandemic. But given that “winning” might entail different treatments or even combinations of different treatments for different patients, such learning might be essential.

“What we need is information sharing rather than goal alignment among the different teams.”

Designing new drugs for life-threatening illnesses has become far more scientific over the past few decades of the biomedical revolution, but it has not yet become predictable. In an environment in which less than 10% of new drugs succeed — and we still cannot tell which ones in advance — any coronavirus czar or Manhattan Project-style leader needs to resist the temptation to place all our bets on whatever some group of experts thinks is most likely to succeed. Until the clinical data is in, and we can see what will actually defeat the virus in infected patients, the key goal is to get the needed resources to the maximum number of projects and be ready to take advantage of the unknown and unforeseen as it develops. Then be prepared for a sudden shift to central command mode when something works, and we need 100 million doses as fast as humanly possible.

Bioscience researchers, and even many companies from the biotech and pharmaceutical industries, are collaborating to an unprecedented degree to defeat this virus. Coronavirus czars and political leaders around the world need to support this vital information sharing and encourage the spirit of open collaboration. We are all in this pandemic together, as COVID-19 knows no geographical borders. 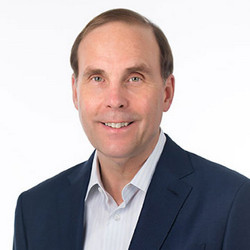 Donald DrakemanFollow Donald Drakeman, PhD, is a Fellow in Operations and Technology Management at the University of Cambridge Judge Business School, and Distinguished Research Professor in the Program on Constitutional Studies at the University of Notre Dame. He was the CEO of the biotech company responsible for pioneering the development of the checkpoint inhibitor cancer treatments recognized in the Nobel Prize for Physiology or Medicine 2018. 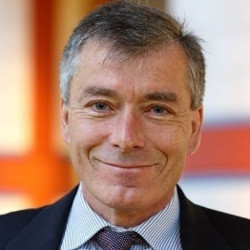 Christoph LochFollow Christoph H. Loch, PhD, is the Director (Dean) of Cambridge Judge Business School. His research focuses on the management of innovation processes, and projects under high uncertainty, including the Manhattan Project. In 2012, Professor Loch was identified in a benchmarking study as one of the top 10 innovation researchers worldwide. 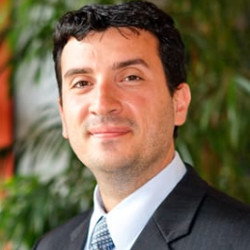 Nektarios OraiopoulosFollow Nektarios Oraiopoulos, PhD, is University Lecturer in Operations and Technology Management at the University of Cambridge Judge Business School. His research focuses on project management and new product development processes. With Donald Drakeman, he is the author of one of the studies on which this essay is based: “The Risk of De-risking Innovation: Optimal R&D Strategies in Ambiguous Environments,” forthcoming in California Management Review.
« PREVIOUS
Agri-AI-Tech

More Than a Clean Cup: Can Starbucks Innovate from Within?

Ford: The Race to Innovate