by Tima Bansal and Karen MacMillan 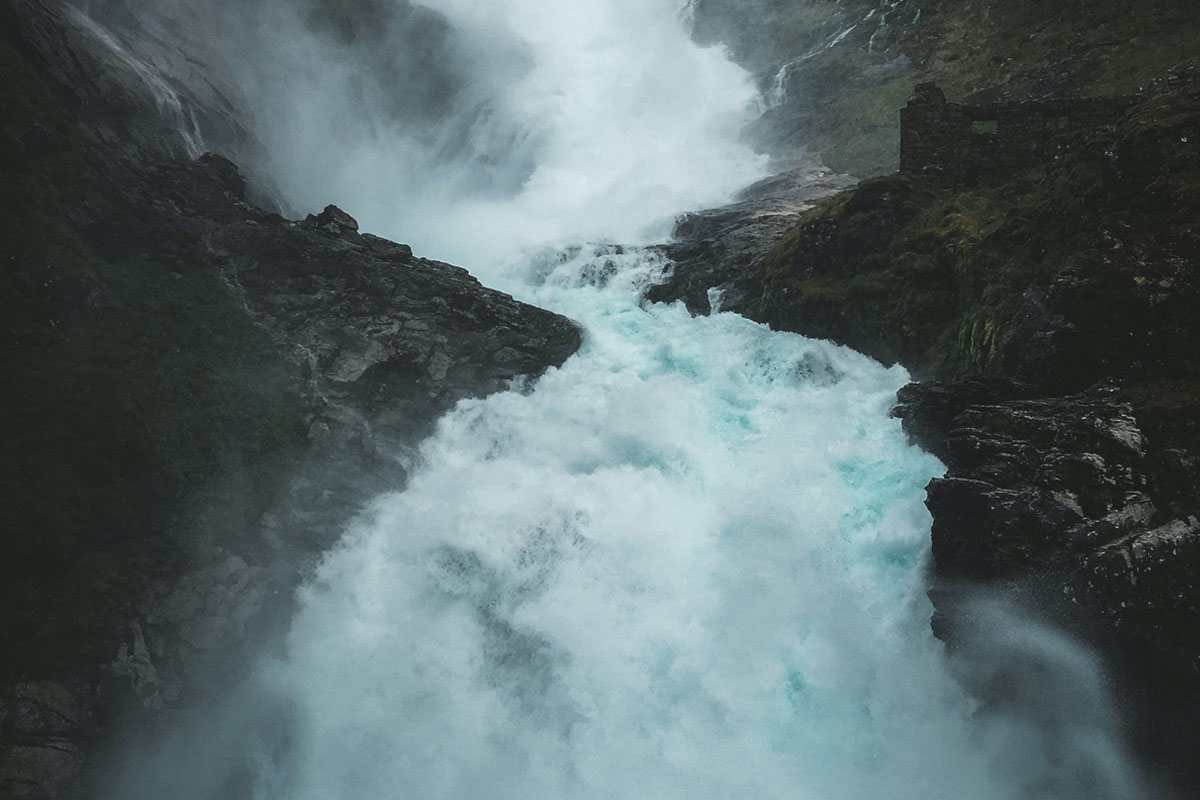 Many executives started 2020 by preparing for technological and economic turbulence, but few anticipated what lay ahead. COVID-19 was a wake-up call that forced executives to rethink the very foundations of their business. In the time it took for executives to catch their breath, their business had been turned upside down.  Business-as-usual no longer worked.

Few events have made it so vividly clear that every business is embedded within a larger open system. Executives have come to realize they must organize for dynamic systems by building agile, adaptive and resilient organizations. In doing so, they will not only be prepared for systems disruptions, they can even help to stabilize the system and prevent future disruptions.

Systems thinking, however, has been elusive for most businesses. Current business processes seek to simplify, analyze, predict, plan and control. Yet turbulence comes from all sides in dynamic systems, which forces executives to be comfortable with ambiguity and uncertainty. Navigating these dynamic systems is much like navigating white water. Rather than controlling the system, executives need to build new skills to not simply keep their head above water, but to reach their destination.

Navigating these dynamic systems is much like navigating white water. Rather than controlling the system, executives need to build new skills to not simply keep their head above water, but to reach their destination.

The pandemic and other impending systems disruptions have underscored the need for executives to widen their field of view. Based on our discussions with over 350 executives, we provide insights on how businesses can organize around these principles to be better prepared to deal with systems disruptions.

Zoom out before you zoom in

Traditional approaches to strategic decision making ask executives to narrow the problem to isolate its root causes. A dynamic systems approach starts at the opposite end of the spectrum. It starts with a wide field of view, so the immediate problem can be seen in the wider context.

Janice, 1 one of the commercial real estate owners we interviewed, found that 90% of her office space properties emptied during the pandemic. Her immediate reaction was to get her tenants back to work, so she assessed the costs of better HVAC systems to allow for air flow and new structures to permit social distancing. However, after stepping back, she realized she needed to see the big picture. She told us: “In an established business model, the innovation is the step-by-step forward.  You’ll improve a process by 10, 20, 30%.  In a disruptive model, you need to tear up the business model and start from scratch.”

When analyzing the impact of the pandemic in the longer term, Janice realized that people’s needs may change drastically after becoming accustomed to digital technologies. She didn’t need to respond to the pandemic; she needed to anticipate the future of work. By zooming out, she decided that the company did not need to create spaces for social distancing, but rather to build convertible mixed-use space, as people were blurring home and work spaces.

Step out of the echo chamber

Most businesses seek the voice of the customer and the investor – powerful stakeholders for any business. But these views reflect mainstream opinions. Most customers and investors read from a common script, which has been even more the case with the rise in social media. Further, their conversations focus on short-term needs and corporate value. Focusing primarily on these stakeholders means that executives can miss some of the larger system threats and emerging opportunities.

Leaders who understand dynamic systems thinking keep the bigger goal in mind, which not only helps to isolate these systems threats and opportunities, it spurs creativity. They actively seek to step out of the echo chamber and listen to the whole system, by speaking to different communities, including marginalized communities who often do not have a voice. This is where some of the deepest insights are garnered. And, they create two-way dialogue – by both taking perspectives and offering them.

For example, Franco, the owner of a downtown restaurant decided to go beyond customer comment cards in getting feedback.  He set aside time each week to walk around and talk to people, including neighbouring businesses. He let them know about his various plans for his restaurant, such as theme nights and other special events, and heard about their plans and concerns. He learned that his neighbours were worried about on-street parking and that his plans would make a bad situation worse. Instead of pushing forward, he worked with local businesses to lobby city hall for more free parking at city parking lots at certain times.

Franco also reached out to the staff at a nearby schools and found a way of supporting the local high school by providing breakfasts. Although he didn’t generate much money through the breakfast program, he was surprised to see that the vandalism in his restaurant fell as students started to see the restaurant as part of their community.  By building connections to local places of worship, suppliers, and advertisers, Franco built a stronger community presence. What’s more, when COVID-19 hit, many of Franco’s competitors had to shutter their businesses, but Franco’s business continued to thrive because of the community support.

Seek an ecology of solutions, not silver bullets

Executives have a strong action orientation, especially as they navigate systems disruptions.  Getting things done fast has been a sure path to promotion and success.  Executives seek to simplify solutions, looking for the action that will generate the greatest impact. Good strategy is being able to prioritize what to do and knowing what not to do.

However, complex problems not only are difficult to analyze and diagnose, but any solution can generate unpredictable outcomes and unintended consequences. Instead of looking for strong single strategies, a systems thinker seeks to build a portfolio of interventions. Peter Senge, an MIT professor and leader in systems thinking and innovation, told us that the mantra of “fail fast, fail early” is wrong-headed. In dynamic systems, “executives must act as if they are in a dark room and move around gingerly, so they don’t break things and hurt themselves.” Making big bets when there is that much uncertainty can leave the business out of business.

A plant manager, Brianna, realized that her employees were considering bringing in a union, as they were unhappy with all of the changes underway at the plant.  Instead of simply firing the ‘instigators’, she initiated a number of changes, including promoting one of the ‘instigators’ to a team leader to take advantage of his passion and connection to employees; forming an employee committee to discuss employee concerns with management on a regular basis; and adding a number of communication channels (e.g. monthly town halls, newsletters, employee surveys, and random pairing coffee meetings) to increase connections between different levels of management and parts of the organization.

She said to us “One of the things we do is we light a lot of small fires.  Not that we’re pyromaniacs.  Making big bets when there is that much uncertainty in the market can put yourself way off in left field – not a good place to be.  Some of the things we do is look at the smaller initiatives that allow us flexibility as they develop over time, so we’re not putting all of our eggs in one basket, moving in one specific direction.”

Systems thinking requires organizations to embrace the tensions that come with these opposing positions. They represent paradoxes that ignite creative energy, because one cannot do both so must innovate to do both.

For example, Canada’s oil sands companies face considerable backlash to their ‘dirty oil’ and the climate change lobby. Rather than dismissing the conflict, the executives leading many of the larger companies embraced it. One of our informants told us that “the oil sands companies… banded together for a common goal.  They needed to reduce the emissions in creating a barrel of oil, and the cost in creating a barrel of oil.  Rather than engaging independently in their own R&D, they decided – quite bravely, I think – to come together in this organization and basically put all their technology, all their secrets on the table and together, figure this out collaboratively.”

A New Paradigm that Embraces Uncertainty

The traditional and prevalent approach to business is to plan-do-check-act. The current environment has illustrated that this is a luxury that businesses cannot assume what happened before will happen again. Business executives need a new paradigm to approach business. Instead of seeking to predict the future and control the business, executives need to imagine a desirable plausible future and figure out the actions today to get there. In seeing themselves as part of a system, they can learn to sense and respond to the system. They build the skills of agility that helps them adapt to a new more desirable environment. 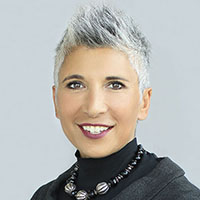 Tima BansalFollow Dr. Tima Bansal is the Canada Research Chair in Business Sustainability at the Ivey Business School, Western University (London, Canada). In the 30 years that she’s been researching and teaching sustainability, she has researched hundreds of companies in an effort to understand how they implement sustainability. In 2003, she founded the Network for Business Sustainability, which aims to bridge research and practice. She also founded the Innovation Learning Lab in 2018, aimed at introducing systems thinking to the innovation process to Canada’s most innovative companies. She holds a DPhil from the University of Oxford and an honorary doctorate from the University of Hamburg. She is also a visiting fellow at MIT, Cambridge University and Monash University. She has been elected a Fellow of the Royal Society of Canada and Academy of Management for her contributions to business sustainability. 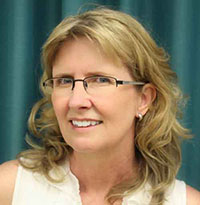 Karen MacMillanFollow Dr. Karen MacMillan is an Assistant Professor and Lecturer at the Ivey Business School and Wilfred Laurier University. After working in various HR and consulting roles in industry for 15 years, she embarked on a PhD. She now teaches leadership and culture to undergraduates, MBA students and executives. She has published several award-winning case studies, on topics ranging from responsible human resource practices, culture, and sustainability. She is committed to bringing systems thinking to organizations.
« PREVIOUS
From Order Takers to Decision Makers: Decision Backward Approach for Analytics Teams
NEXT »
Do the Right Thing: How Business Can Respond to the Challenge of Racial Injustice