Ambidextrous Leadership for the Fourth Industrial Revolution: A Conversation with Jim Hackett 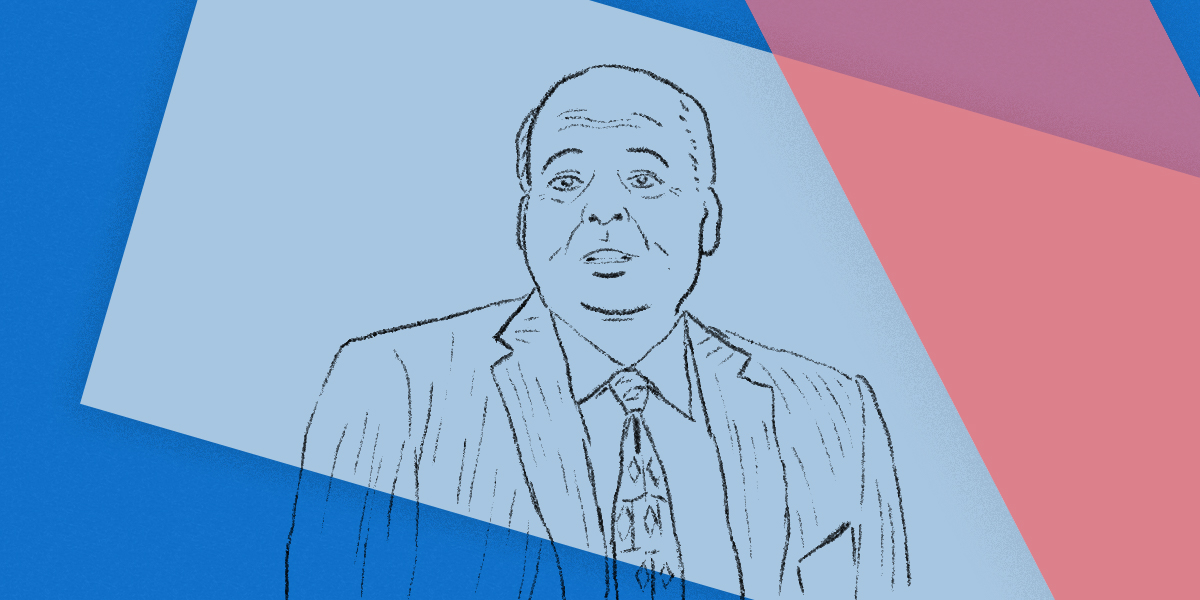 Our lives are transforming. As we witness the igniting of this transformation by the fusion of technologies surrounding us, we come to realize that we are standing at the dawn of a fourth industrial revolution.

From the 1700s until the 1900s, the first, second, and third industrial revolutions have informed profound shifts in mechanization of production; from water/steam power to electric power and then to electronics/information technology. Promising not to be any less profound and characterized by the rapid velocity, expanded scope, and powerful system impact, the fourth industrial revolution is disrupting every industry around the globe at a pace we have not witnessed before. It is blurring the lines among the physical, digital, and biological domains and therefore, informing an unprecedented transformation of the System of Systems.

Professor Klaus Schwab (Chairman of the World Economic Forum, WEF) explains that the fourth industrial revolution is not about smart and connected machines, it is rather about the simultaneously occurring “waves of further breakthroughs in areas ranging from gene sequencing to nanotechnology, from renewables to quantum computing.”

To add more substance to what this all means, research by WEF has identified three megatrends of the fourth industrial revolution in the following three domains.

Firstly, the hallmarks of Physical Megatrends are:

Secondly, in terms of Digital Megatrends - the Internet of Things (IoT) is perhaps the most comprehensive manifestation. With the power of data, wireless fidelity, sensors, and cellular networks (among other relevant technologies), infrastructures are now more connected as we observe the emergence of “smart” cities, systems, wearables, etc.

Thirdly, Biological Megatrends take the form of synthetic biology, a field evolving so rapidly that there is not a widely accepted definition for it except for “the application of engineering in biology”. To be a bit more specific, it is the ability to “write” DNA and “edit” biology that would ultimately enable the construction of new biological parts and systems in bacteria, plants, animals, and humans.

When you couple this fusion of rapidly emerging technologies with their broad reach, boundaries start to diminish giving rise to chaos that may look organized on a good day, but not so much on a normal one.

So what does all of this mean to mature organizations?

A lot. You see, mature organizations have grown accustomed to the old game; they are still playing by the rules of the five forces. Yet, the fourth industrial revolution is dynamically shifting landscapes and mandating new rules (perhaps, none at all) for the game. One of these rules is to develop breakthrough innovations while protecting the traditional business; it is the epic exploit and explore. Ambidextrous organizations do this best; the problem is that there are very few of them.

It is all about the Complex Adaptive System. Organizations live in industries; both have life cycles and both age. An embryonic phase in both brings some flexibility and agility, with maturity however, the rate of response to change becomes slower. In this article, we explore one mature organization, Ford Motor Company. But before we do that, let’s take a look at industry as a whole.

The automotive industry as we know it today is an example of a mature industry with high barriers of entry and exit. For the most part, the competitive landscape for every automaker looks the same by now. In fact, over the past 100 years, the automotive industry has not gone through a single paradigm shift, only a series of sustaining innovations. But the fourth industrial revolution is changing that by presenting the players with a unique challenge: the new frame of reference.

The idea in brief is that an automobile has been the frame of reference for auto makers over the past century. Fueled by digitalization, AI, and AV technologies (among many other factors), auto makers today are contemplating the balance between the transformation of a car into a “smartphone on wheels” on one hand, while on the other, there is the transfiguration of the auto maker to a “mobility provider” (i.e., rideshare, multimodal services, Big Data). This shift has led to the consequential emergence of non-traditional competitors like Uber, Amazon, and Google within the automotive industry. The unfolding of a new frame of reference poses two key organizational challenges: 1) articulating a common vision and 2) developing an overarching identity during an era of simultaneous exploitation and exploration.

“Ambidextrous organizations segregate exploratory units from traditional units, encouraging them to develop their own unique processes, structures, and cultures. But they also tightly coordinate these units with existing organizations at the senior management level.”

Therefore, in order to play two games at once (exploit and explore), structural ambidexterity which pivots on leveraging synergies between both worlds of the organization is a must and it has three hallmarks, 1) high differentiation, 2) targeted leveraged integration, and 3) strong senior team integration.

The road to ambidexterity is not easy. One challenge is the required fit and coordination between two cultures within the organization; the exploitation culture and the exploration culture. The fit and coordination cascade from the top and come in the form of an overarching set of core values and beliefs that apply across both sides. Another challenge is determining the right pace and intensity of exploration.

Mature organizations shoulder the heaviest burden to find the right path forward in the midst of continuing disruption. From redefining their identity to the untiring transferring/leveraging/sharing of capabilities and resources in an effort to achieve a strategically winning position. Because disruption breeds ambidexterity, what’s needed for the fourth industrial revolution is ambidextrous leaders.

Ambidextrous Leadership is the finest art of leadership, as the leader orchestrates an unparalleled balance between optimizing the existing business model and inspiring the people to craft the next one. In other words, an ambidextrous leader is one who strives to innovate business value while maximizing operational efficiencies. Despite the tensions, these leaders handle the paradox and stand as the most critically needed during this time. One of them sits in a small office, identical to all other ones on the 12th Floor of Ford World Headquarters, Jim Hackett.

The leadership conversation aimed to collect some of his thoughts on all of this; it touched on parallelism, strategic alignment, and creative conflict.

Parallelism. The 115-year automaker is at a crossroad between the focus on optimizing operational efficiencies in the present and the need to create the future for the company while standing on dynamically shifting landscapes. So what does senior leadership bring to the table here? “The job of the CEO is to manage different time clocks in parallel,” said Hackett. Holding a paradoxical mindset, Jim spoke about the balance between nurturing vs. discipline as a leader in order to develop radical innovations while protecting the traditional business. To put this in action, his direction was to maintain a relentless focus on creating a “fit” company by optimizing cost structure, starting with the phasing out of passenger car production in NA (in light of the steadily decline in sales since 2012) while paving a path for tomorrow envisioned by AVs, vehicle connectivity, and mobility services. Realizing the emerging physical megatrends, Ford is focused on creating a high value self-driving car business that is driven by ingenious user experience while delivering the safest performance for users and enabling scalability for the business. To put ambidexterity to practice, the company created an organizationally distinct unit for self-driving cars (AV, LLC) that has the autonomy of a standalone business, yet is kept tightly integrated with the parent company at the senior executive level. The company also created Ford Smart Mobility, LLC; a division of Ford Motor Company committed to delivering integrated solutions that support cities and their transportation systems. As for acknowledging the digital megatrends, the company is leveraging the power of data, cloud computing, and IoT to reimagine a suite of mobility services that expand customer choices relative to ownership and subscription, yet deliver high margins and create reoccurring revenue streams. Additionally, Research and Advanced Engineering (R&A) at Ford is guided by new explorations in 3D printing, new materials, and additive manufacturing. Embedded in these directions is a time clock for today and one for tomorrow. This notion of parallelism mandates the need for management to invent new measurement systems for a future that isn’t here yet, a challenge Jim recognizes particularly when equilibrium in the parallel tips for survival derailing the focus on the future intermittently.

Strategic alignment. Ambidextrous leaders align the strategic intent and organizational culture using a set of overarching core values that essentially stiches the entire organization together. To put this to practice, Jim re-orbited the company around seven truths that set the foundation for the company and apply universally throughout the organization. Ford calls it “Our Truths”; these include:

Collectively, these truths construct a framework towards an overarching aspiration to driving human progress through the freedom of movement. One that guides the company during its transformation journey to being the world’s most trusted company; an elephantine task during an industrial revolution that is creating many forks in the roads of many organizations.

Creative Conflict. Despite the fact that combining creativity and conflict may not appear intuitive initially, both are needed to drive progress and collaboration. Why? Because both generate energy and require engagement and when handled right, they can result is the most successful outcomes. The trick is to channel the energy correctly and engage properly while maintain a relentless focus on the central problem. A skill that the ambidextrous leader masters.

Conflict naturally exists between exploitation and exploration agendas. The role of the senior leader is to manage the tension between both, which is a challenging task. This task becomes even more difficult during shifts in landscape. “I think the process of CEO arrival and impact always is really difficult in the beginning, particularly if you’re bringing new ideas and you’re in the midst of some sort of transformation,” Jim said.

“I think the process of CEO arrival and impact always is really difficult in the beginning, particularly if you’re bringing new ideas and you’re in the midst of some sort of transformation.”

Nevertheless, managing creative conflict at the C-Suite level is critical in order to pave the way forward. So how is this done?

In a previous interview, Jim was asked about the importance of teaching in the way he leads. In recognizing the talent of his staff, he said that “they don’t need you to wind them up every day. So the role I have to play is, rather than tell them what to do, help them see how wisdom and curiosity can help us design better. I’ve asked employees to let me play that role and to have patience with it. We’re getting into a rhythm together”; the hallmark of maintaining creative tension at the top. Jim also pointed to the importance of designing a strong senior team that is able to handle paradox.

As the fourth industrial revolution unfolds, it brings with it great transformation and significant challenges, especially for mature organizations that have been set in their ways for a long time. Ford is not alone in this; compatible organizations across multitude of industries are contemplating the same decisions. The parallelism in protecting the old while exploring the new is the artwork of the ambidextrous leader in this era. 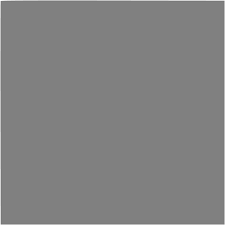 Hanan Al HaddiFollow Hanan Alhaddi is an academic practitioner with 15 years of experience in the automotive industry. She is currently pursuing postgrad studies in strategy and innovation at the University of Oxford. Her research agenda focuses on strategic management and differentiation. Dr. Alhaddi teaches Strategy at the Mike Ilitch School of Business at Wayne State University.
« PREVIOUS
Monetizing Social Media
NEXT »
Small data: data strategies that most companies can profit from