Adaptation as the Key to Survival

Adaptation is not only a key to survival; it is the key to survival. From microscopic bacteria to gargantuan corporations, nothing lasts for long unless it responds nimbly to changes in its environment. No company has learned this lesson better than German steel and manufacturing conglomerate thyssenkrupp AG.

thyssenkrupp’s primordial origins date all the way back to 1811 when Friedrich Carl Krupp established a cast steel factory in Essen, Germany; and also to 1867, when August Thyssen started manufacturing steel hoops for wooden barrels. These two companies thrived on parallel paths until 1999, when they merged to become thyssenkrupp.

The company’s offerings are bewilderingly diverse and include refining, mining, manufacturing, engineering, packaging, and even shipbuilding. From designing innovative elevator systems to producing aerospace components, thyssenkrupp has a large role to play in almost every sector of heavy industry.

Nonetheless, the changing dynamics of the global marketplace make it impossible for companies like thyssenkrupp to merely stick with the tried and true.

In order to understand how thyssenkrupp has had to adapt, it will be helpful to compare them to another large corporation: IBM.

The two companies are similar in at least one essential respect: Neither would have survived this long unless they had both paid very careful attention to the natural lifecycle of their products.

Just like any living organism that must adapt to its natural environment, products must go through a life cycle that begins at birth (i.e. introduction) and continues on to maturity, decline, and, finally, death.

While an organism must inevitably perish, that organism’s genome can continue if it adapts successfully to its changing environment. Similarly, almost every product eventually becomes obsolete, but a company can outlive its products as long as it adapts to the changing demands and conditions of the marketplace.

Consider, for example, that IBM started in 1911 as a producer of mechanical devices used in business and manufacturing. The company grew, then expanded into mechanical tabulating machines, and, later, large business computers. By the 1980’s, IBM had cornered the market for home computers as well.

Then came the parasites. By 1993, IBM was posting the largest losses in American corporate history, because other companies were building outright clones of IBM computers, then selling those clones at cut-throat prices.

The name of the game was adapt or die. IBM chose to adapt. By focusing all of their resources on business-to-business information technology services, IBM’s new incarnation became so successful that many business experts still use the company as a prime object lesson in corporate adaptability.

Much like IBM, thyssenkrupp has had to defeat or absorb its competition in order to survive — and it has also had to reinvent itself and find new markets, even in the wake of terrible miscarriages that could have destroyed the company.

For example, after thyssenkrupp invested in Brazilian steel production as a way of introducing low-cost steel to the North American market, the exchange rate between the Brazilian Cruzeiro and the U.S. dollar changed dramatically, leading to huge losses for the company.

Largely as a result of this misfortune, thyssenkrupp made Heinrich Hiesinger, from Siemens, its new CEO. Hiesinger then hired Reinhold Achatz — also from Siemens — as thyssenkrupp’s new Technology Officer.

As he puts it, “We need[ed] to shift our thinking to become a technology business, and we [had to] learn to use technology to differentiate our products. This …. help[ed] us regain control over our profitability, and our future.”

Achatz immediately reorganized and reintegrated Thyssenkrupp’s PLM process in order to create continuous data for informed decision-making. Given the size and complexity of thyssenkrupp, this was no small task.

After revamping the PLM process, Achatz helped the company establish some new elements in order to spur growth and innovation:

thyssenkrupp is using these elements in order to safely promote what we might call “random mutations” in technological and business innovation. There is no way to predict when existing products will no longer adapt successfully to the market environment, but it is easy to predict that companies with more options will have more chances at survival.

That was the case with IBM, and it will likely be the case for thyssenkrupp — and that is what smart adaptation is all about.

This article is based in part on the case study “Innovating Innovation at tk” by UC Berkeley Professor Henry Chesbrough.

Nikolas JintriFollow Nikolas Jintri is a freelance writer, mentalist, and educator who teaches rhetoric and critical thinking in Philadelphia.
« PREVIOUS
Do Tech Startups Give Bitcoin Power to Lift Up… or Destroy Lives?
NEXT »
Online Reviews: Popular, But Useful? 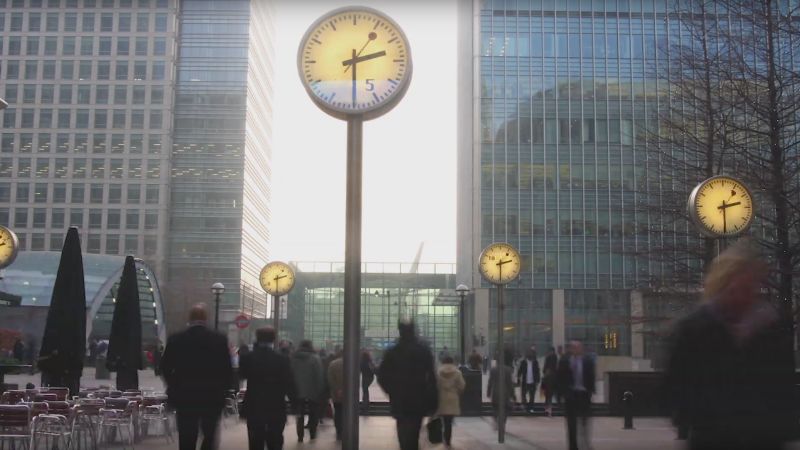 Why Patagonia's Founder Felt He had to Give His Company Away