A Ghost Workers’ Bill of Rights: How to Establish a Fair and Safe Gig Work Platform 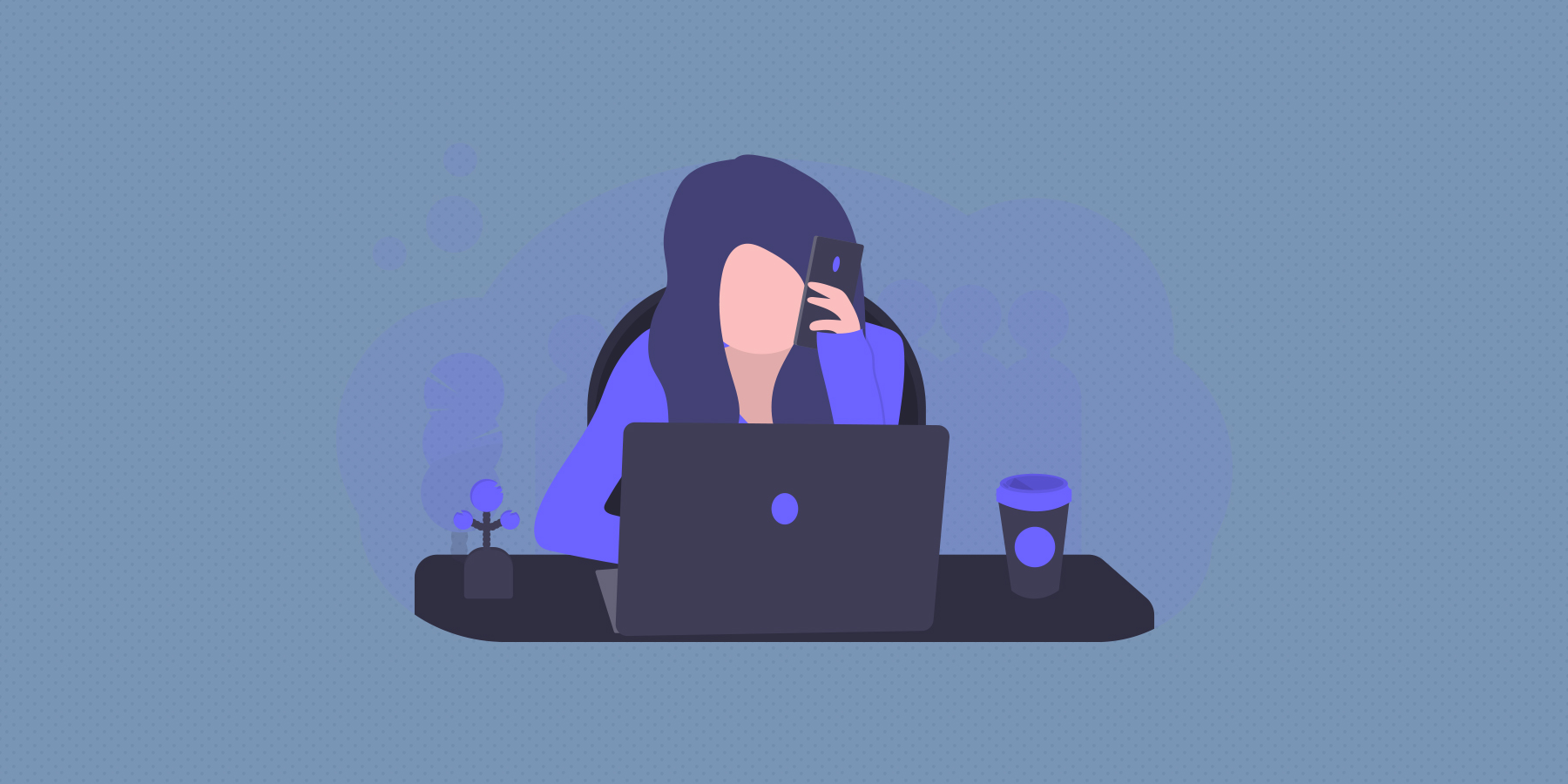 How should companies ensure fair treatment of workers in the gig economy?
Insight | frontier 07 Jan 2020   PDF

Many of us assume that all the free editing and sorting of online content we ordinarily rely on is carried out by AI algorithms — not human persons. Yet in fact, that is often not the case. This is because human workers remain cheaper, quicker, and more reliable than AI for performing myriad tasks where the right answer turns on ineffable contextual criteria too subtle for algorithms to yet decode. The output of this work is then used for machine learning purposes to generate algorithms constructed from large data sets containing thousands of correctly coded observations.

Thus, many of our most basic internet services are made possible by a globalized labor force comprising millions of invisible digital gig workers performing on-demand micro-tasks. These ghost workers are employed on a piecework basis to carry out anything from low-skilled tasks such as categorizing images and evaluation of search results (Google), transcription, or responses to survey questions (Amazon Mechanical Turk), to higher-skilled services such as translation (Amazon Prime, Netflix) and personalized programming and creative editing services (Fiverr). People choose to do ghost work on either a part-time or full-time basis because it offers flexible hours and can be done at a location of choice without requiring the time or expense of commuting to a company office. It also provides them an opportunity to learn new digital skills.

Ghost Workers and their Vulnerability to Exploitation

Ghost workers operate in isolation on a digital device linked to the internet at home or a café where they are assigned a number by a digital gig labor platform that matches them to a task and never seen nor spoken to by the requester firm that receives the finished work output. Those who find work on digital gig labor platforms such as Fiverr, Amazon Mechanical Turk (MTurk), or Clickworker lack bargaining power to negotiate favorable terms, unlike the more lucrative terms negotiated by highly skilled digital gig workers such as software engineers or business analytics specialists. Highly skilled digital gig workers obtain technical work on different labor platforms such as Upwork and Labmate, and since their skills are in high demand, they can receive more lucrative pay and better working conditions.

Ghost workers on the other hand earn low pay, likely minimum wage or less since they are not considered employees of the requester firm so U.S. minimum wage and overtime pay regulations do not apply to them. What’s more, as digital labor platforms receive a user fee from both the ghost worker and the requester firm, U.S. labor law views ghost workers as users or customers of the digital gig labor platform which functions as the intermediary of micro-tasks for pay. This scenario effectively dissolves any rights they might otherwise have as workers. Furthermore, the pressure on ghost workers to meet stringent deadlines on mind-numbing work can result in mental or emotional stress. Adding to the stress to meet on-demand work deadlines is the potential for receiving hazardous work assignments that require ghost workers to judge images or content as “OK” or “not OK” with respect to profanity or grossly sexual and obscenely violent photos that arrive in relentless numbers that can be demoralizing to the human spirit, so that over time this type of work can harm ghost workers’ health. Social media companies such as Facebook and Twitter are under political pressure to delete millions of unacceptable images and content for the benefit of society and use ghost workers as a reserve labor force to assist them with this massive undertaking.

Unfortunately, digital labor platforms are not legally required to provide health insurance or workers compensation insurance to cover work-related health problems reported by ghost workers in the U.S. as they are not considered as having an employment relationship with the requester firm. As a result, this growing part of the labor force is vulnerable to being treated as an underclass of digital serfs with little control over pay, working conditions, or protections from occupational health hazards. We believe that there are obvious parallels between the treatment and status of ghost workers of today and the struggles of industrial factory workers that occurred over 100 years ago before unions and labor reforms improved working conditions in factories. This time around however, we should not wait for the establishment of labor unions, or for the intervention of hacktivist groups to establish fair and appropriate working conditions.

The fact that ghost workers are treated as consumers distorts the basic logic of the employment relationship, effectively placing the worker-as-consumer in the worst of both worlds, in which they hold the legal rights of neither group. This puts them in a regulatory limbo position in which they have little or no protection, control, or guarantee of return on investment. This is because the platforms that facilitate ghost work have orchestrated a three-way virtual relationship that absolves all parties of responsibility, while placing nearly all the risks and opportunity costs squarely on the shoulders of the workers. As a result, we believe such a work arrangement as it stands, does not uphold basic standards of justice as fairness.

Harvard Philosopher John Rawls, widely considered to be the greatest political thinker of the 20th century, provides a useful method for assessing whether a social contract can be considered fair and therefore just. The method functions according to a thought experiment in which one imagines being placed into a given socioeconomic system behind a “veil of ignorance”, namely, without knowing what position one would actually fall into. We then ask ourselves if we would feel comfortable with that state of affairs. Rawls argues that if we are thinking rationally while examining all positions clearly and equally, we would only choose to enter the system if the least advantaged positions were better off than in any other possible state of affairs. Only in such a case can the system in question be considered just.

In order to carry out this thought experiment, it may help to couch it within a more familiar context. Imagine a world in which a person seeking to buy clothes needed to do so by ordering it from a platform, in this case a textile mill. But in this world, textile mills had no actual employees. Instead, they charged persons seeking work for their use of the mill. So a requester seeking, say, a pair of jeans of a given size, color, and weight, would place a request with a mill, with the promise of paying a price set by the market upon receipt but only if the pants met their expectations. Then the mill would post the request on a public bulletin board where potential workers could see it and choose to fill the request. But to do so, they would need to pay the mill a usage fee up front and have no recourse should they be injured on the job or refused payment by the requester. Certainly no one behind a Rawlsian veil of ignorance would voluntarily choose to be placed randomly into such a social contract.

Only the most desperate workers would agree to such terms, given the considerable risks and opportunity costs including time spent learning to use the mill before even filling requests. There have been similarly exploitive bargains struck throughout American history during times of great inequality in which workers had very little power or guarantee of payment such as during the Industrial Revolution, Reconstruction, and again during the Great Depression. While such practices were at times widespread and tended to maximize economic output, they were ultimately found to be unfair to workers and rendered illegal. We believe that the scale and scope of ghost work in many ways mirrors such unjust practices in the digital era, thereby reinforcing global inequality. Therefore, we propose ethics guardrails to improve ghost work conditions that can also help digital gig labor platforms increase social responsibility while potentially avoiding future burdensome regulatory correctives. California AB 5, for example, went into effect on January 1, 2020, aiming to limit the use of independent contractors in the gig economy and the EU has established new rights for digital gig workers including transparency in working conditions, predictable hours, payment for canceled work, and the freedom to work for more than one employer.

Ethics guardrails are rules that protect parties doing business from harm due to opportunism from one of the parties that has more power. Digital gig labor platforms can learn and benefit from the experience of eBay, which ultimately established “rules of the game” to protect buyers from being cheated by sellers. For the benefit of the buyer eBay provides a money-back guarantee to ensure that the buyer receives the product that was bought on the web site. Additional rules also protect the safety of innocent third parties from harm stemming from market exchanges with negative consequences by forbidding the sale of guns and ammunition. eBay considers its buyer and seller community as a valued asset that should be protected from harm based on enlightened self-interest. Newer digital labor platforms should follow suit and establish ethics guardrails to protect ghost workers from harm due to the institutional void of protections for their wellbeing. When a socially responsible market leader provides rules to its digital gig labor market based on valuing the ethical treatment of ghost workers as users, these practices are likely to be imitated by smaller digital labor platforms that will perceive the need to maintain their business reputation for fair treatment of users. Our recommendations for digital labor platforms that facilitate the buying and selling of ghost worker labor in the U. S. follow:

Ghost workers may be invisible, but the reality is they number in the millions—and growing. Any among them might be a friend or neighbor. By following these simple guidelines, digital labor platforms that rely on them can ensure that their basic dignity and wellbeing are safeguarded. 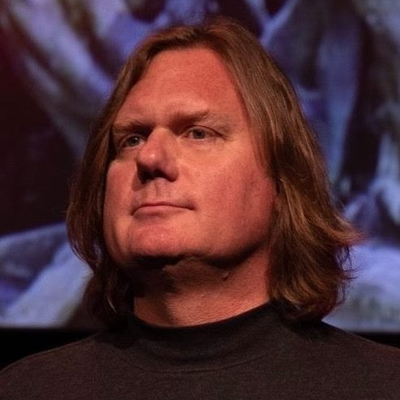 Julian FriedlandFollow Julian Friedland is Assistant Professor and Coordinator of Global CSR and Sustainability at Metropolitan State University of Denver, College of Business. His research focuses on business applications of normative ethics including social impact strategy and the psychology of moral reasoning, particularly moral self-awareness as a means by which virtues may be instilled through management, marketing, and AI design. 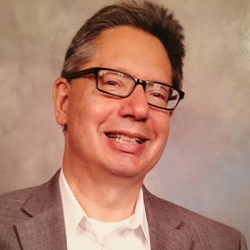 David BalkinFollow David Balkin is Professor of Management at the University of Colorado at Boulder, Leeds School of Business. His research focuses on the relationship between reward systems and performance, and the effect of digital technology on the workplace. 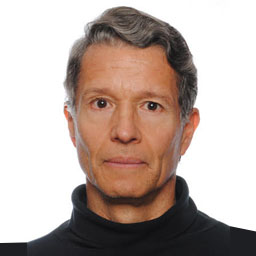 Ramiro MontealegreFollow Ramiro Montealegre is an Associate Professor of Information Systems at the University of Colorado at Boulder, Leeds School of Business. His research focuses on the interplay between emerging information technologies and organization transformation in highly uncertain environments.
« PREVIOUS
What American Factory Says about Productivity, Management, and Culture
NEXT »
Strategy as Questions