Are Executives Blindsided by Competition? 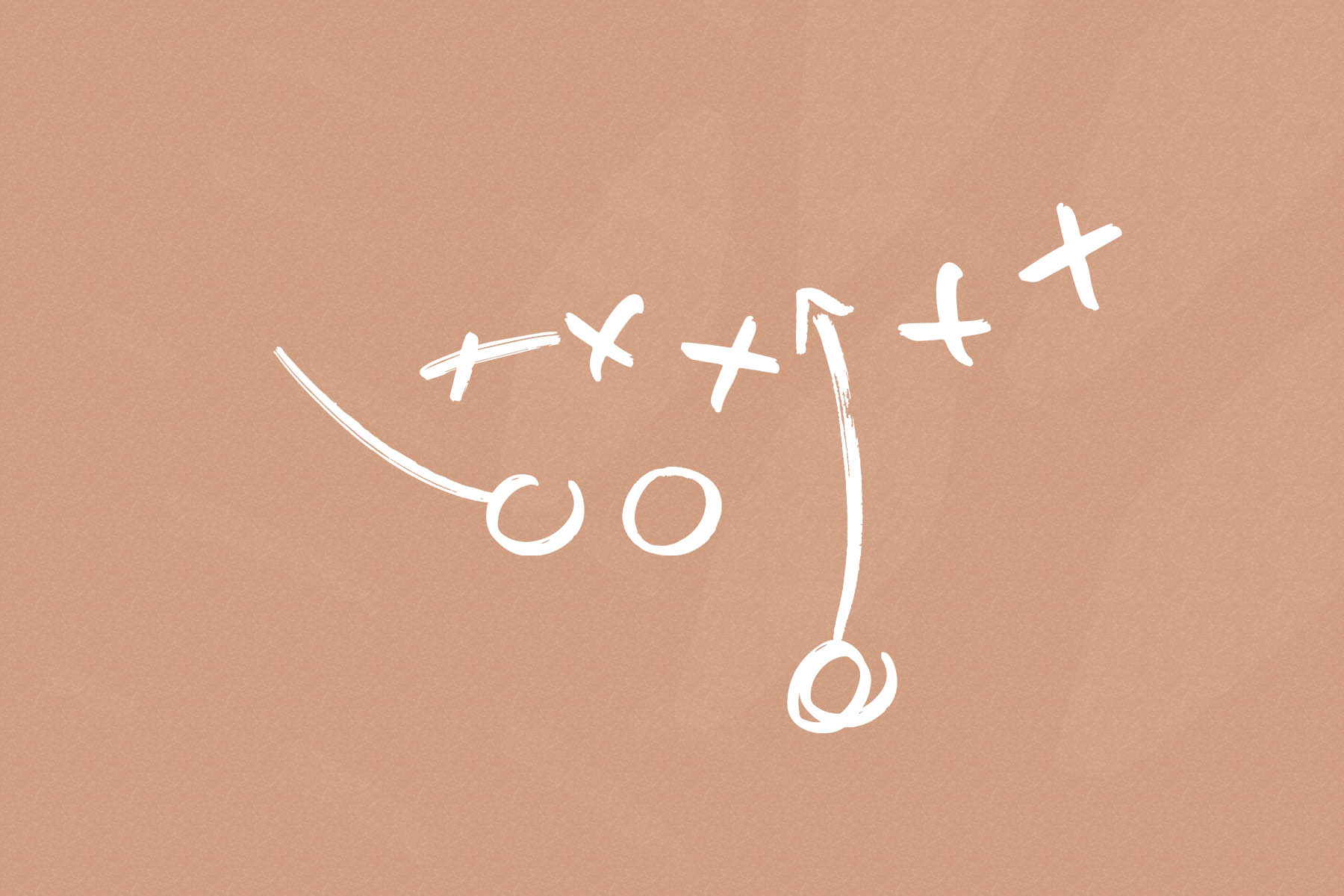 The competitive intelligence revolution began in the 1980s but remains as important as ever.
Insight | note 30 Mar 2020   PDF

Companies face enormous challenges today, from the novel coronavirus to climate change to the shifting attitudes of young people towards capitalism. It is natural therefore for their leaders to pay close attention to these big strategic issues. But in the process, some leaders may have lost sight of a much closer-to-home challenge: their competition.

While competition is inevitable, does it mean one is destined to fail the competitive race? Schumpeter’s famous “creative destruction” theory notwithstanding, companies like JP Morgan Chase, Crane & Co., Colgate, Remington and Harper Collins among many others, have lasted over 100 years. While there is not one formula for success, as shown in Phil Rozenzweig’s The Halo Effect, it stands to reason that companies prospering despite competition have one thing in common–

Sounds trivial? Not so quickly.

In a recent survey by the Economist on behalf of the Brightline project, ninety percent of top executives of companies with more than $1B in revenues admitted a failure to reach the goals of all of their strategic projects and 53% of those agreed that inadequate delivery capability left them unnecessarily exposed to competitors. Yet two separate surveys by the consulting firms Deloitte and PwC of executives’ primary strategic concerns identified competition as among their lowest priorities. How come?

Reason 1: They believe they already know the competition

A 2019 survey of competitive intelligence professionals by the Academy of Competitive Intelligence asked them to rank in order of importance what prevents competitive perspective from being widely used in their company. Respondents – the majority of whom came from large companies- ranked “Everyone is an expert on the market” and “It is easier to assume you already have all the intelligence you need” as number 1 and number 3 respectively. This may be a reflection of complacency, and it may also represent a “mirror” belief - their own companies didn’t surprise competitors very often.

Reason 2: They believe what they do matters, not what others do

Insular views of strategy are quite prevalent in large companies, especially market leaders. “The enemy of tomorrow’s success is today’s success” is a famous saying attributed to Peter Drucker. Daniel Kahneman, the guru of biased judgements, blames overconfidence for failure of strategic planning. Yet a study out of Singapore Management University concluded that overconfident CEOs actually induce others - employees and suppliers - to commit to their vision. That said, the idea that what matters is only what you do runs contrary to reality in many industries: Close to 50% of respondents in our survey argued performance was frequently affected by competitors’ moves and countermoves. So confidence in one’s strategy is good as long as one anticipates and reckons with how others will react to it.

Reason 3: They don’t have effective competitive intelligence process in their companies

Reason 4: They focus on the wrong things

Executives who are open to competitive intelligence often make the mistake of focusing on factual information. In a follow up survey in 2019, fifty-six percent of competitive/market intelligence professionals reported that management was solely interested in facts. Yet intelligence, by nature, is about early warning and early warning is built on perspective and context (interpretation, insight) not “facts.” Close to a quarter of our respondents said management takes their predictions as forecasts not as educated assessment and are turned off when the prediction doesn’t come through.

Reason 5: They don’t talk to their intelligence professionals

Can you imagine a general going to battle without sitting first through a briefing by intelligence officers? Yet only one in four of respondents to the 2019 survey said they were in continuous contact with their top decision makers. They ranked “We are supposed to know what top executives’ needs are without actually ever talking directly to them” as the second most important reason their executives lacked better competitive perspective.

Reason 6: They conflate competitors with competition

Clayton Christensen’s book, The Innovator’s Dilemma, put disruptors at center stage of threats to incumbents. Michael Porter’s seminal works in Competitive Strategy and Competitive Advantage included many high impact third parties as factors behind profitability of industries (and by implication, rivals). Distributors, suppliers, regulators, social influencers, customers and potential entrants can make any strategic initiative go awry unless their moves are at least anticipated. The essence of intelligence efforts throughout human history has been providing context to decision makers about the likely behavior of all third parties beyond simply guessing. In intelligence literature, this context is known as “sense making.” Focusing on competitors’ news alone is not sufficient to save strategy.

The cost to business

Accurate estimates of the cost to business for having insufficient or low quality competitive intelligence at the top are hard to come by. Case studies of bad decisions, however, provide ample anecdotal evidence such as the failure of Jeff Immelt at General Electric to listen to his own managers who expressed doubts about the decision to acquire Alstom Power, which proved a disaster. AOL buying Time Warner is another example of colossal fail as broadband technology turned AOL’s dial-in obsolete, but the leaders involved ignored the warnings. Steve Jobs himself, though visionary, failed to appreciate the appeal of bigger phones produced by Google and Samsung. Oracle management dismissed Amazon’s web services business as irrelevant. MySpace’s CEO is said to have dismissed Facebook as a competitor. Yahoo had a chance to acquire Google but didn’t see search engine as an important driver of customer demand. Johnson and Johnson dropped the ball on keeping up with its competitors in the market for contact lenses, and as a result ceded market share to Alcon and Coopervision.

Since intelligence is the only “product” created at the time a user finds a bit of information useful, and what top executives find useful changes continually, competitive intelligence requires collaboration between information producers and executive users. A dialogue of this nature is sorely missing in corporate halls.

The solution: Wisdom of the crowd

Executives diligently collect external perspectives themselves by talking to big customers, peers, advisors and partners. Yet hundreds of managers working in “sensory units” such as marketing, sales, business development, R&D, customer service and purchasing see signs of change way earlier than top executives. Much of these accumulated “clues” signaling market change go unused until the shift is painfully obvious. Filtering upward leaves only “fact based” items of little strategic value. When executives shun the internal intelligence flows, managers lose incentive to share their perspectives. When the CEO was involved, as was the case at Cintas, a global leader in the service industry, the network – run by an intelligence professional Troy Pfeffer, prospered. A new book by Richard Adler, Bending the Law of Unintended Consequences suggests that one can even quantify the added ROI from accumulating better competitive expertise by running dynamic simulations on critical decisions.

If a few simple changes in the approach of leaders to competitive intelligence - its scope, its place in the organization, its nature and its delivery, can make a big difference without any further investment, isn’t it time executives paid attention?

The competitive intelligence revolution started in the 1980s but left executives out of the loop. The cost to business is enormous, as even one strategic initiative that fails can result in millions lost. For example, apart from the cost of R&D needed to bring out a new drug, it is estimated that pharmaceutical companies spend $20 billion annually on trying to persuade doctors to prescribe their product against competing products. Many of the drugs are “me too” drugs, resulting in flops that can be anticipated.

While competition is the engine of progress, it doesn’t mean the decline of incumbents must be inevitable. Incumbents’ slow reaction and complacency at the top, overreliance on customers’ big data and most importantly, underdeveloped anticipation capability (a.k.a competitive intelligence) can do companies in. Paying attention is the first step to avoid that outcome. 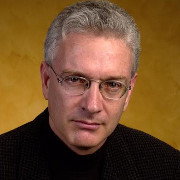 Benjamin GiladFollow Benjamin Gilad, PhD is the founder and CEO of the Academy of Competitive Intelligence (www.academyci.com) which trains the majority of competition analysts for the global Fortune 500. He is the author of 6 books on strategy and competitive intelligence including 'Business War Games' (Career Press, 2009) and 'The New employee manual - A no-holds-barred look at corporate life' (Entrepreneur Press, 2019, with M. Chussil).
« PREVIOUS
Towards Responsible Digital Transformation
NEXT »
Three Attributes of Strategy

Lost in the Matrix: How to Overcome the Daily Grind of Organizational Complexity