Why Does Misinformation Spread So Quickly? 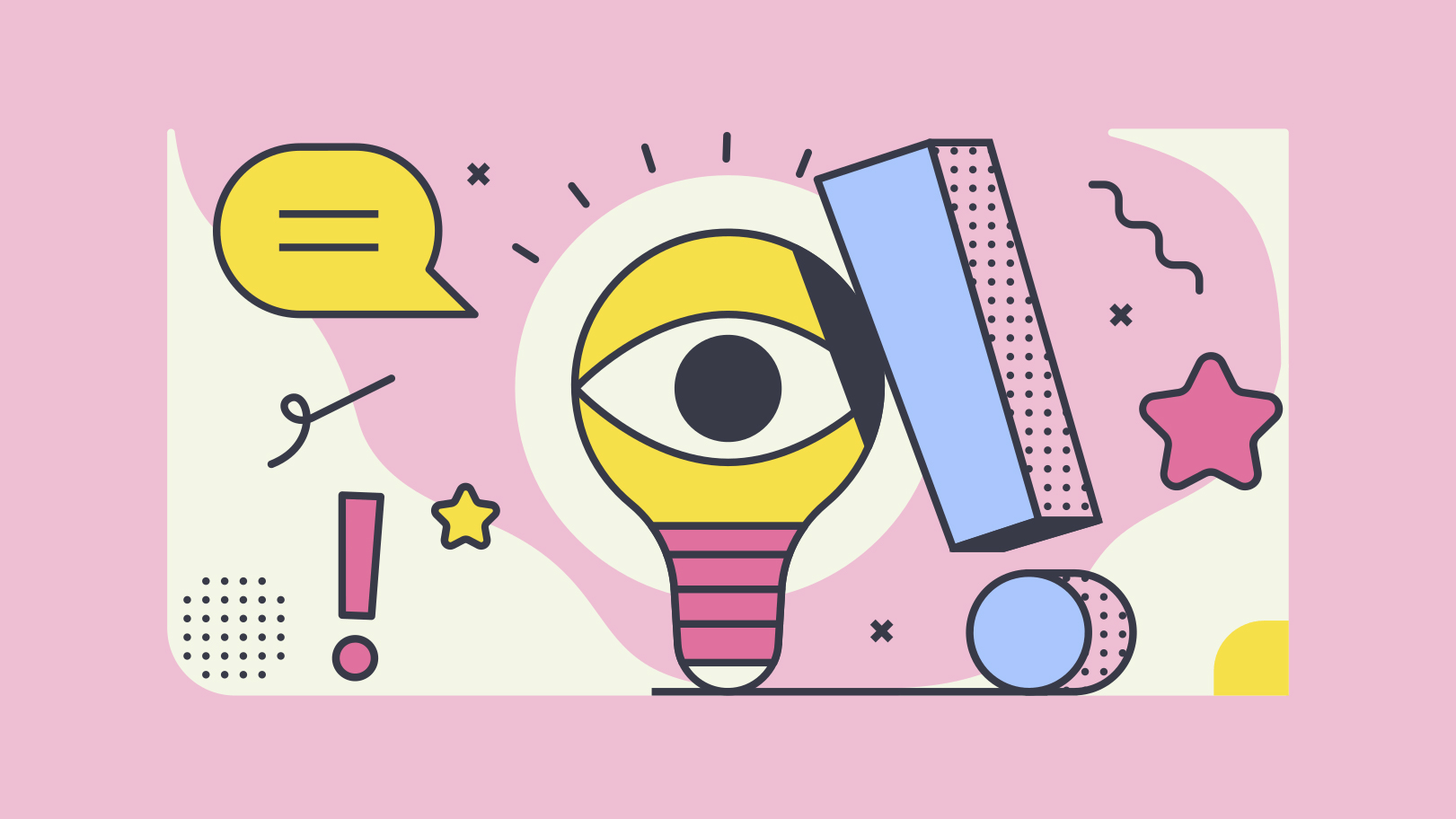 Measles as an infectious disease was eliminated in the U.S. in 2000, largely due to effective vaccination efforts. In recent years, however, there has been a significant uptick in reported measles cases. The most recent Measles outbreak started in 2018 with 349 individual cases of measles were confirmed in 26 states and the District of Columbia. In 2019, total number of cases quickly reached 1250.

The outbreaks are sparked by travelers who bring the virus back from other countries, as the virus finds fuel in pockets of unvaccinated people. Globally, the World Health Organization (WHO) recently said that anti-vaccination movements are among 10 threats to global health in 2019. Most notably social media outlets have been fueling the distrust of vaccinations with stories and messages on how vaccines caused harm among vaccine recipients. Those anti-vaccinations messages themselves were spreading like an infectious epidemic, and have stirred confusion, fear, and hesitancy among the general public, and added a great deal of resistance to vaccination.

Social media has drastically changed how the public receives and processes information. Communication is no longer viewed as “Mechanistic” (as in from Sender to Receiver) but rather as “Systems and Networks” (i.e. a complex system of circulating messages). To fully understand how those messages related to vaccination spread and influence people, we collected data from the following media platforms:

Based on these data, we conducted descriptive, content and network analyses. Specifically we examined the structure of the network, themes and sentiments of messages.

Social Network. The social network of twitter data (see Figure 1 below) reveals that there are many central nodes with wide connections. They are the influencers. Some influencers are able to directly reach many people, while other influencers are good at bridging people from different communities. It is striking that none of the central nodes are major health organizations. Instead, they are authors, professors, vaccine scientists, and health correspondents of independent media outlets. They come from all over the world, and usually have more than 20,000 followers. 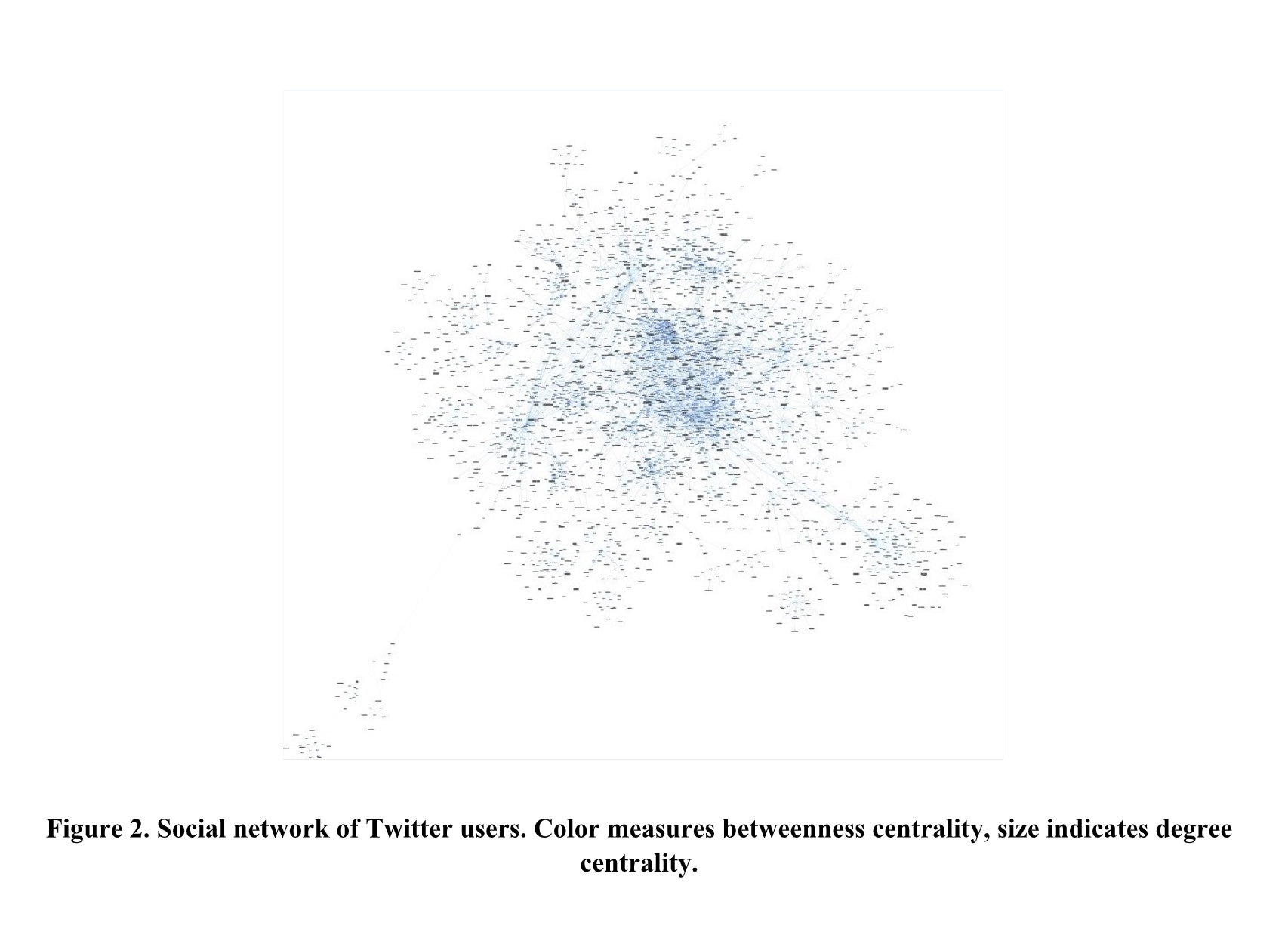 Content Themes and Sentiments. When we examine the social media posts from the Facebook data, we find that overall messages on anti-vaccination raised legitimate concerns. Among the vaccination and vaccine posts, people expressed concerns about vaccine safety (in general, as well as the safety of live vaccines), vaccine manufacturers and industry, and the reactions to vaccines.

Contrary to what some had believed, the discussions were not dominated by absurd claims or conspiracy theories. See figure below on major themes and sub-themes we uncovered. 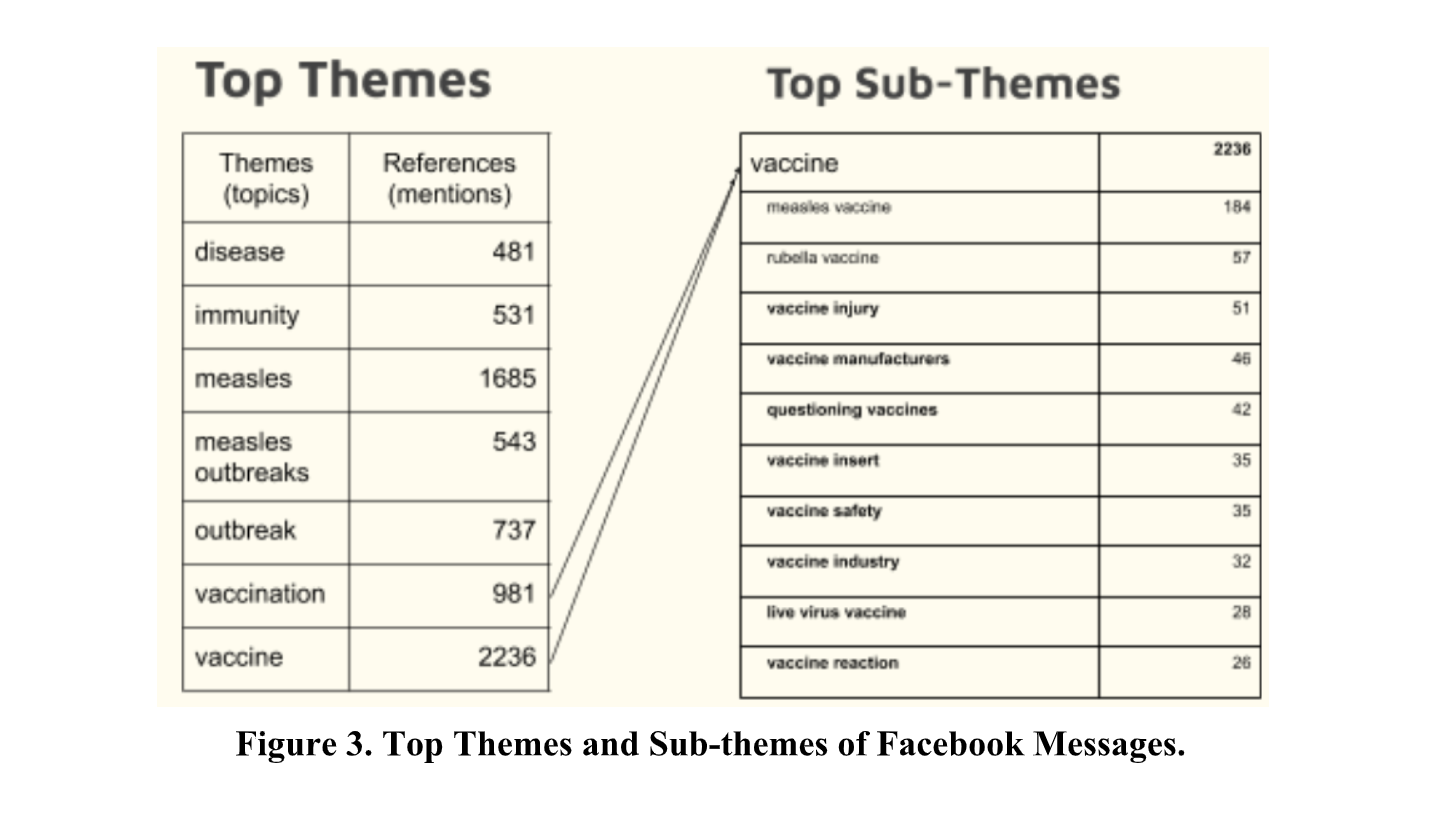 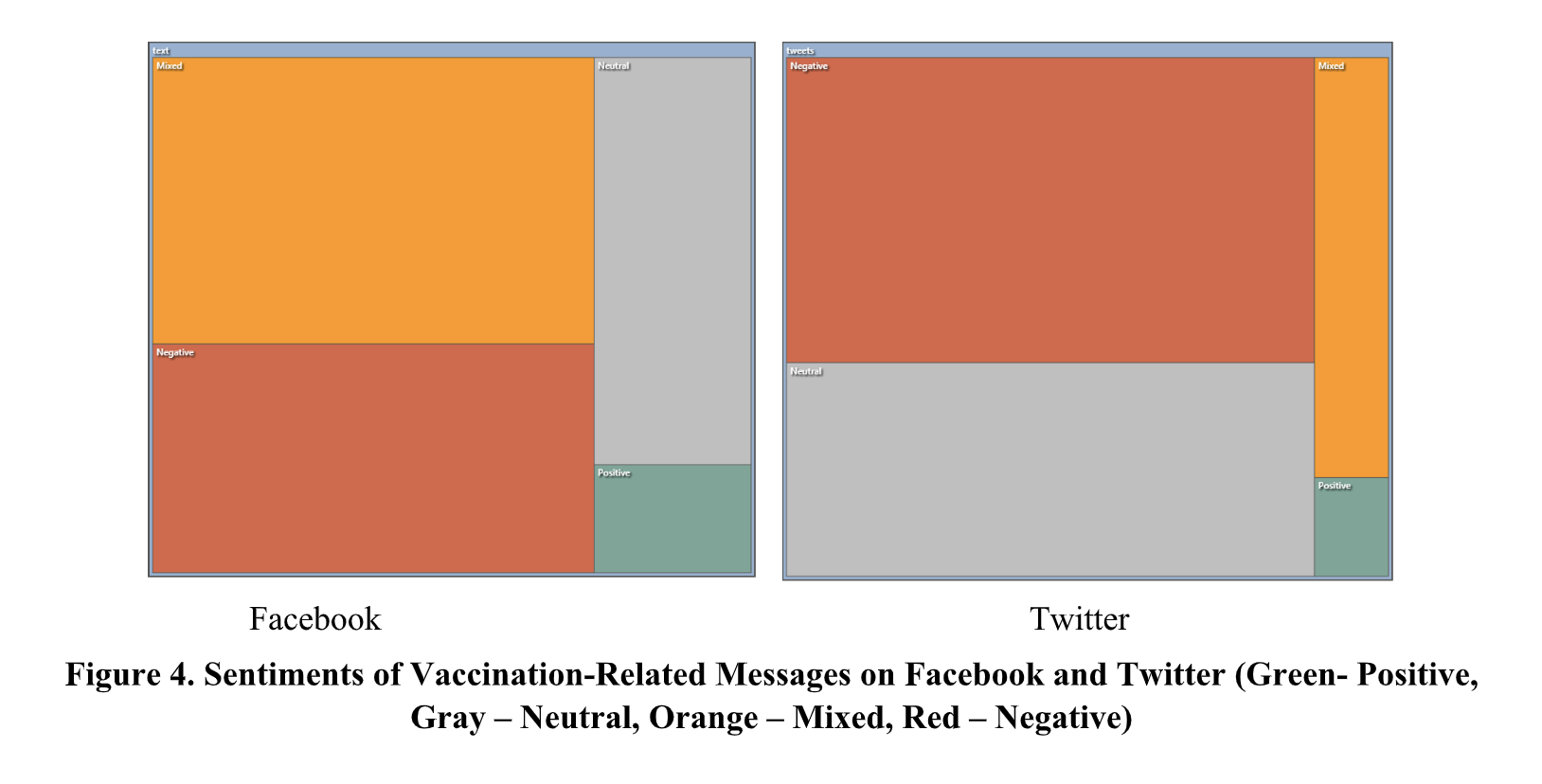 As mentioned above, Facebook’s vaccination posts were not dominated by negative sentiments as some would have believed. Instead the largest segment of messages are those with mixed sentiments. This indicates people are expressing genuine confusion and hesitation over measles vaccination, and are sharing their feelings and doubts.

Nevertheless, negative sentiments are prominent compared to neutral or positive groups. Many people are sharing their negative experiences or stories related to vaccines. But the majority of people who had no negative personal experiences with their vaccines are much less likely to voice their support for anti-vaccination, according to our analysis. Such behavior is also consistent with consumer behavior with regard to any other product or service consumption.

Communication Styles We first conduct a simple word cloud analysis to illustrate the different focus on each platform (see figure below).

Some interesting patterns emerge here. Even though all platforms share “measles” as a main keyword, Facebook messages primarily focus on topics around vaccinations, and in particular people and their lives. There are more mentions of “child” or “children”, “baby”, “doctors”, “people”, “home”, and “school”. There are also more words related to people’s fears or hesitations related to vaccination, such as “seizures”, “autism”, “safe”, “death”, “infection”, “risk”, “cancer”, “pertussis.”

Twitter messages tend to be more impersonal but also are more news-oriented. For example, words of transient nature feature very prominently, such as “outbreak”, “went”, “ship”, “infected”, and “going.”

In contrast, messages from CDC, Mayo Clinic and WebMD are more fact-based. The most frequently used word is “disease”. This reflects the main mental framework in how mainstream platform approaches communication: It is a disease, and let’s talk about the facts and treatment of a disease. Instead of “people”, we see “groups” being used more often. We also see more mentions of “conditions”, “organizations”, “someone”. They cover a broad geography as we see more usage of “states”, “regions”, “communities”, but ostensibly missing are words depicting people’s emotions or feelings.

In sum, we find that anti-vaccination messages are not only dominant in terms of number of posts, their messages also tend to be much longer and use more links to spread their stories. They use many more punctuations to accentuate their points and emotions (more exclamations, more question marks, and many more periods). Anti-vaccinations messages have higher readability scores, and as a result have more views and invite more comments and likes. It is hence no wonder why anti-vaccinations messages are more potent and spread wider and more quickly compared to those with pro-vaccination views.

Instead of touting facts and numbers, we recommend that public health organization engage key influencers and let them craft and spread the right messages. Users on social media are more likely to read stories from their influencers as they feel them to be more believable.

We also recommend that health organizations adopt a personal tone and narrative. For example, engage employees to tell their experiences and perspectives. Build a personality on social media platforms. Let real patients tell their stories. Use long form instead of short messages. Use repetition to reinforce contagion. Those are all effective ways that can use to enhance reach and acceptance of public health messages.

Moreover, we believe our insights can be extended to other industries beyond healthcare. Every high-performing organization needs a high-performing social media communication strategy in order to be able to connect with its constituents effectively and efficiently. Because we have quantified the key ingredients of a successful communication strategy, managers can utilize them in crafting their messages that can reach more people more quickly and be read, discussed and shared more often. 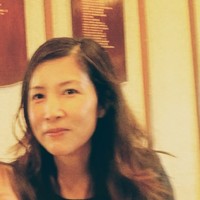 Xin WangFollow Xin Wang is an Associate Professor of Marketing at the Meehan School of Business at Stonehill College. 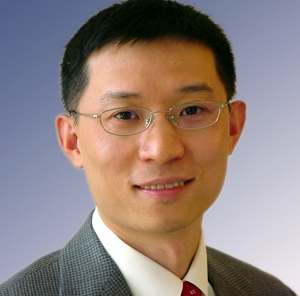 Z. Justin RenFollow Z. Justin Ren is an Associate Professor of Operations and Technology Management at the Questrom School of Business at Boston University.
« PREVIOUS
It's time to develop local production and supply networks
NEXT »
Remote Working 2.0: Balancing Work and Family during the Coronavirus Pandemic