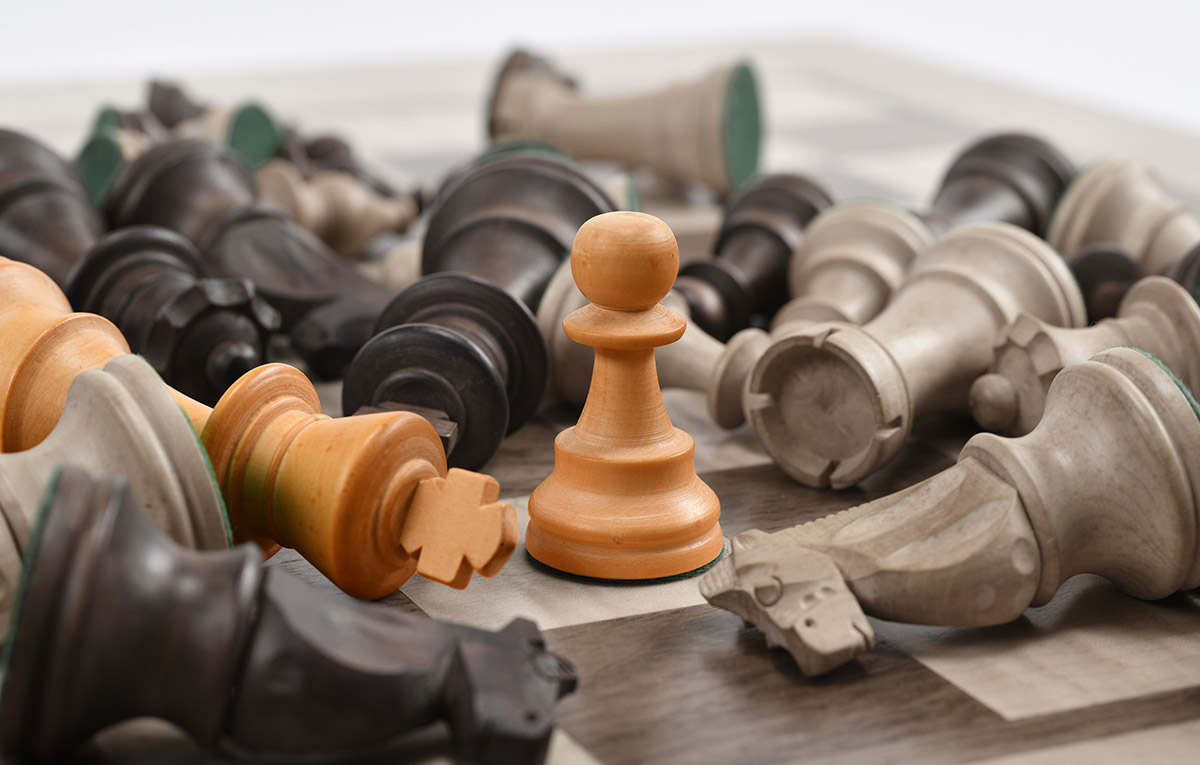 But this is easier said than done. Like household inequality, corporate inequality is on the rise. A recent analysis of 5,750 of the world’s largest private and public companies shows that the top 10% of companies captured 80% of the total economic profit earned during the 2014-2016 period. Remarkably, the middle 60% of companies earned (on average) 0 economic profit while each company in the bottom 10% lost (on average) $1b during this 3 year period (McKinsey Global Institute, 2019).

There are no off-the-shelf strategies for getting to (and staying at) the top of the profit distribution. The strategies that are likely to be effective depend on the firm’s circumstances- the problems it faces, its customers’ priorities, its competitors’ offerings, its capabilities (or the lack thereof), its history and more. The strategist must develop a deep understanding of a taxonomy of strategies and learn which ones (and in what combinations) to deploy, when, and how.

This article illustrates the economics of four strategies - Versioning, Entry Deterrence, Disruptive Innovation and Co-Creation - that have received much attention in business and academic circles. The value creation and capture framework employed below enables the strategist to recognize when and why a strategy is working or not working.

Versioning, a term coined by Carl Shapiro and Hal Varian, refers to the practice of creating multiple versions of a product with each version designed to appeal to a distinct customer segment. The challenge is that customer segments cannot be explicitly distinguished. So the firm must design versions in such a way that each customer segment self-selects and choose the version designed for them. The economics of versioning has been studied for almost a century since the British economist, A.C. Pigou introduced the term, 2nd degree price discrimination. 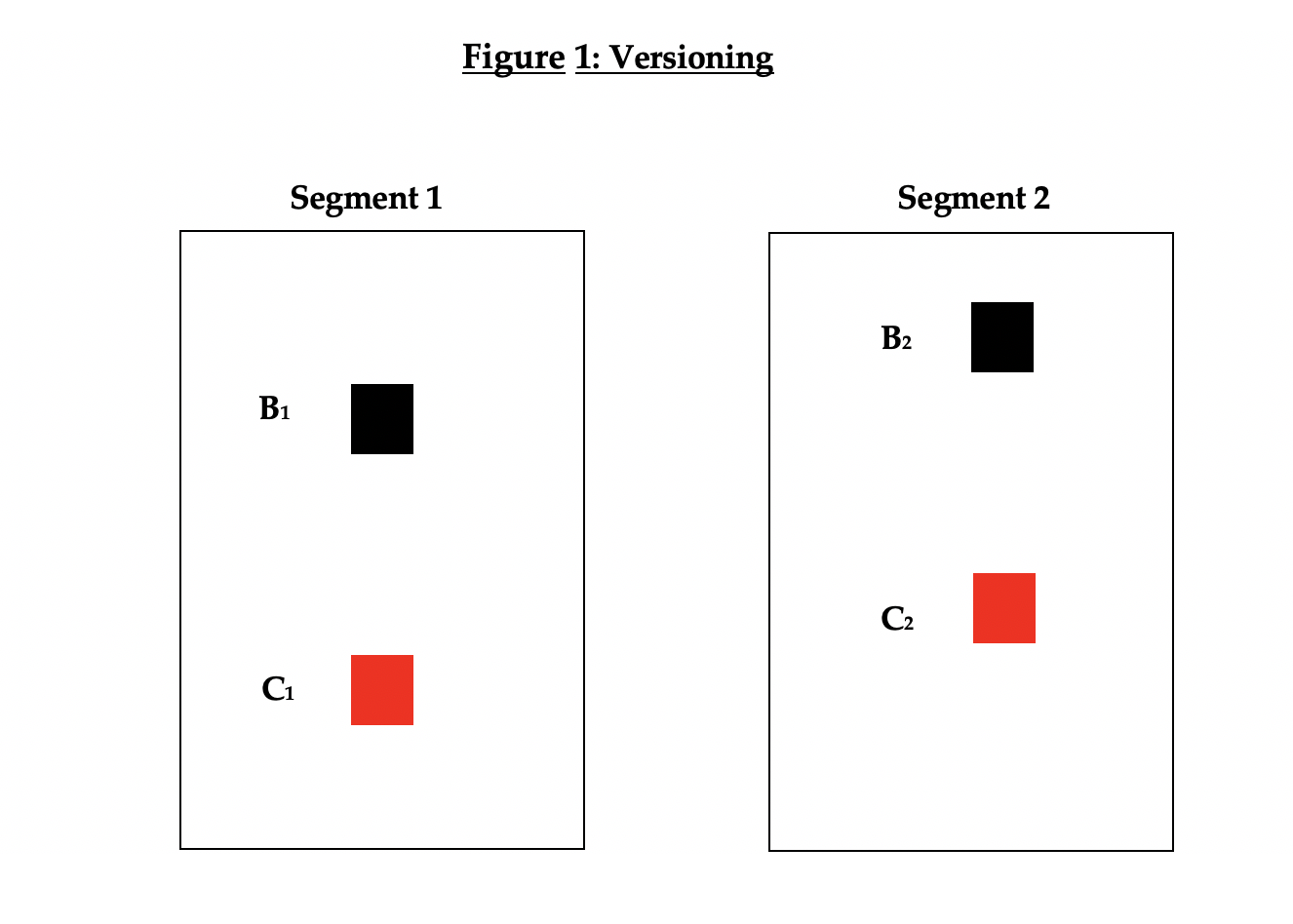 Creating successful versions is a challenging endeavor. First, the margins and volumes associated with the new version must be large enough (or show promise that it will be) to justify the investments. Delta Express and Song, low-cost airlines that were owned and operated by Delta Airlines during the early 2000s, were forced to close because they were economically unviable.

Second, care should be taken to ensure that versioning does not dilute the value of the brand. Gap, the clothing and accessories retailer, has successfully operated a number of distinct clothing retailers including Gap (the namesake brand), Old Navy, Banana Republic and Athleta. But many others, including Coca Cola, Arm & Hammer and Dr. Pepper have had to jettison versions that muddled their brand identities.

In his book, The Innovator’s Dilemma, Clayton Christensen uses the term “disruptive innovation” to describe the process by which small companies displace established firms. In his analysis of the disk drive, steel, computer and retail industries, Christensen notes that the established players did many things right and yet failed. He concludes that “…there is something about the way that decisions get made in successful organizations that sows the seed of eventual failure.”

The decision that Christensen refers to is the established company’s exclusive focus on its most profitable customers. Passing up the opportunity to serve niche customer segments provides small companies with an opening. As some small companies improve their products and technological capabilities, they move upmarket and challenge the established company for dominance of mass markets.

Figure 2, containing 2 panels, illustrates the economics of disruptive innovation. The top panel describes the economics of value creation and capture before disruption. On the left is the established company that creates economic value of BEC – CEC. Consistent with Christensen’s narrative, the established company is successful in creating and capturing value while serving its most profitable segments. On the right is the small company which serves a niche segment and creates economic value of BSCCSC. And consistent with the story told by Christensen, the small company’s margins are assumed to be low, and its profit negligible. 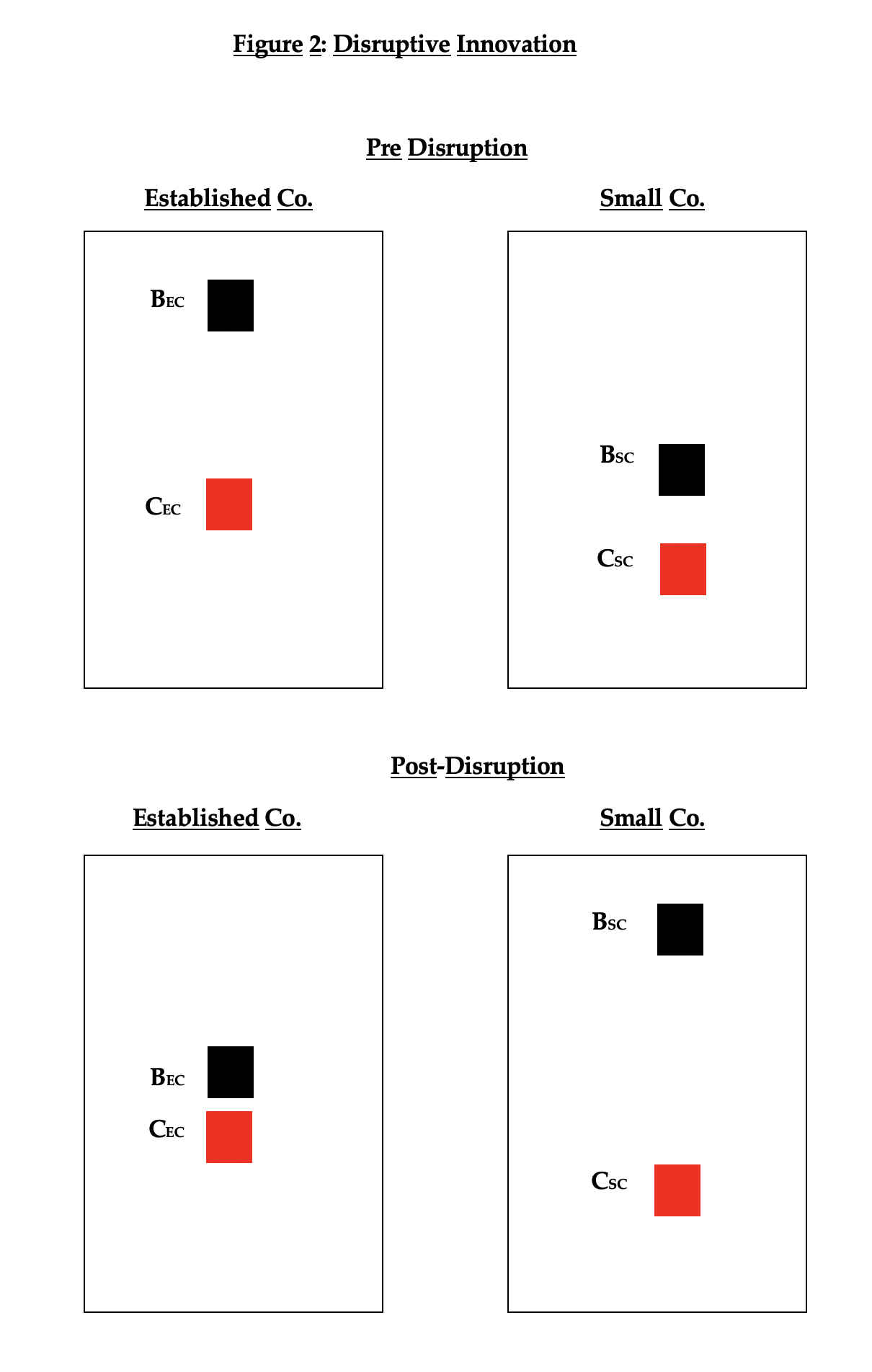 Christensen’s intent in developing the theory of disruptive innovation was to explain how established companies lose their way. Inadvertently, his ideas were (and are) embraced as a manifesto for how small companies can disrupt established players. Eric Schmidt, the former CEO of Google, credits the Disruptive Innovation model for influencing the choices that Google made when it was a small company.

Attempting to disrupt an established player is not riskless. Many things can go wrong. First, finding an underserved segment that can serve as a stepping stone to the mass market is no easy task. For every Sony, Toyota or Netflix that started as niche players before graduating to the big-leagues, there are thousands of small companies that are unable to cross the chasm to the mass market.

Second, the economics of niche segments may remain unattractive for prolonged periods. Low margins, low volumes and significant investment requirements mean that small companies have to learn to live at the edge of failure. Furthermore, the tipping point when the balance of power shifts in favor of the small firms may come far too slowly for many small firms. While minimills eventually disrupted big steel, large numbers of minimills did not survive the transition.

Entry deterrence has been a topic of interest to practitioners and academics for more than a century. At the end of the 19th century, John Rockefeller’s company, Standard Oil, employed a range of strategies (including entry deterrence) to become a de-facto monopolist in the United States oil market. More recently, Warren Buffett has argued that superior performance requires that companies establish “moats” that prevent competitors from entering their markets and/or diluting the values of their principal assets.

The ideas underlying entry deterrence are straightforward. An incumbent firm dominates a market but faces the prospect of competition. The incumbent has the choice to accept the prospective entrant as a competitor or modify its conduct (pricing, investments, etc.) so as to deter entry. 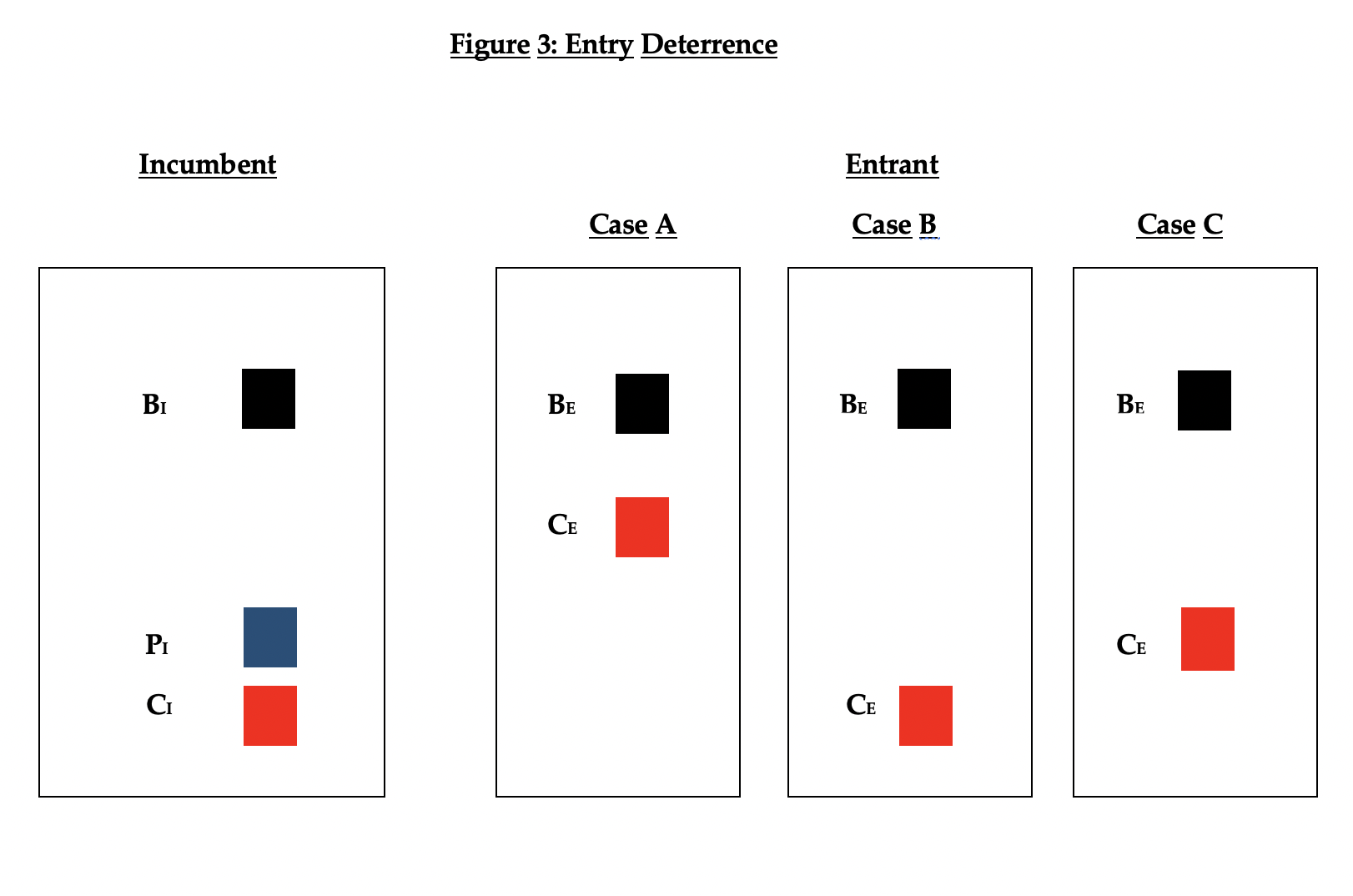 Limit pricing may deter entry but it is costly for the incumbent. In the 1980s, Nutrasweet, a division of Monsanto, had a patent on Aspartame, a low-calorie sweetener. Knowing that Nutrasweet’s European patent was set to expire in 1987, the Holland Sweetener Company built a plant in the Netherlands in 1986. Nutrasweet lowered the price of aspartame from $70 per pound to $22 per pound and entered into long-term contracts with its principal buyers, Coca Cola and Pepsi. Holland Sweetener suffered huge losses. But Nutrasweet’s profits also dropped significantly. Buyers were the only winners.

In a hierarchical model of production, the firm engages separately with customers, suppliers and other stakeholders. Customers, as important as they are, do not play a direct role in product development and do not engage with the firm’s network of suppliers and partners.

In contrast, Co-Creation is a collaborative process in which suppliers, customers and the firm’s employees work together to create products and services. C.K. Prahalad and Venkat Ramaswamy describe Co-Creation as a customer-centric view of value creation as opposed to the company-centric view implied by the hierarchical model.

The Co-Creation model has grown in popularity over the last decade. For instance, Ikea’s Co-Creation platform allows customers, product designers, entrepreneurs and company employees to collaborate on product design and development. Unilever’s open innovation platform enables customers, designers, manufacturers and company employees to design and develop new products as well as modify existing ones. And Starbucks uses the website, www.idea.starbucks.com, to elicit suggestions and ideas from customers on products and experiences.

Figure 4 illustrates the economics of Co-Creation. As a basis for comparison, the figure on the left describes economic value creation in a hierarchical production model. B is the buyers’ maximum willingness to pay, CF represents the firm’s unit cost of “production” and CS represents the supplier’s unit cost of “producing” inputs. Economic value equals by B – CS. The value captured by each player- the buyer, the firm and the supplier- will, as before, depend on added value. 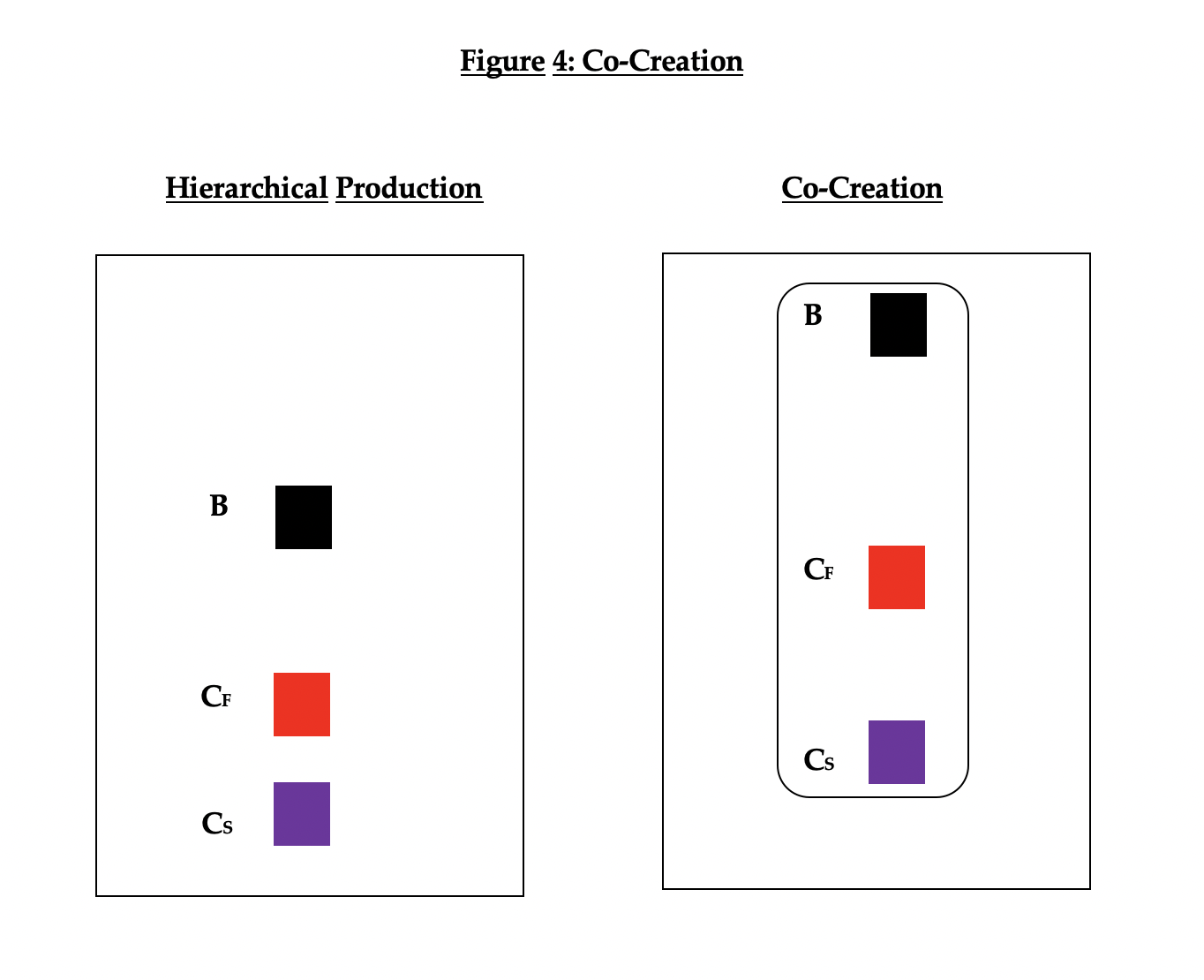 The figure on the right describes economic value creation in the Co-Creation model. The buyer, the firm and the supplier work collaboratively. Symbolically, this is represented by the rectangular figure surrounding the contributions to value creation. When the collaborative experience works well, economic value creation expands relative to the hierarchical model. Every player benefits from the experience and has the potential to capture greater economic value. Buyers can purchase products that are customized to their needs, suppliers can engage in higher value-added activities and the firm engineers an outcome that is favorable for all.

However, Co-Creation is not immune from failure. The collaboration process may not be smooth for all players. Customers’ suggestions for products and services can be impractical and/or economically unviable. Firms are not in a position to embrace every idea that is proposed. Diplomacy and tact are required when engaging stakeholders whose preferences cannot be satisfied.

In developing her playbook, the strategist must learn how, when and why any given strategy must be deployed. The value creation and capture framework described above makes it possible to discern when and why a strategy is working or not working.

Ram ShivakumarFollow Ram Shivakumar writes articles and columns on innovation and growth strategy and teaches courses on Economics & Strategy at the Booth School of Business at the University of Chicago.
« PREVIOUS
COVID-Imposed Opportunity to Selectively Unlearn Past Practices
NEXT »
When Agile Harms Learning and Innovation: (and What Can Be Done About It)