The Growing Imperative to Build Leadership in Fourth Industrial Revolution 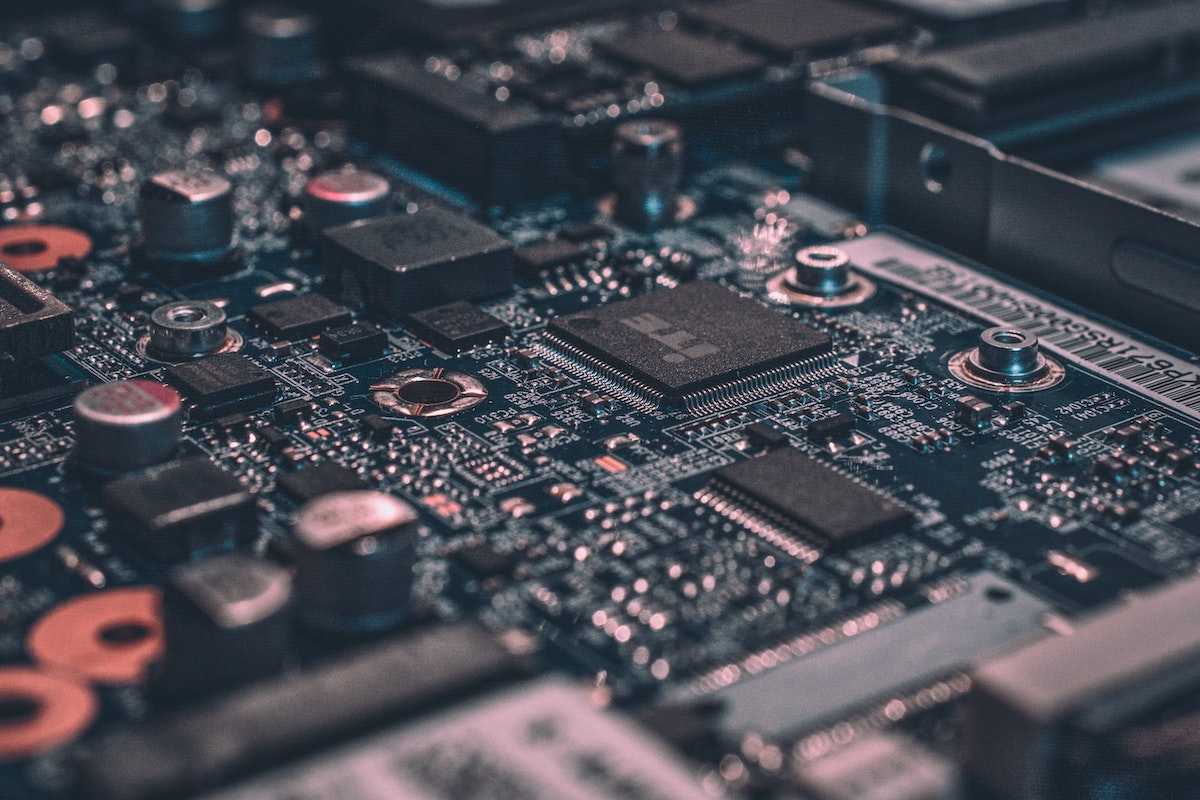 Firms must capitalize on growing opportunities to seize prominence in the tech revolution.
Insight | opinion 02 May 2022   PDF

With lockdown in Shenzen tech hub in China and  shipping disruptions arising from Russia’s attack on Ukraine, some of us have lost hope that we will ever receive that new phone, webcam, or car that we ordered during the Covid pandemic, and have patiently waited for months. This situation is not an outcome just recent events, but a culmination of series of events that led to contrasting developments in the US corporate sector in the last forty years. On one hand, US created undisputed leadership in digital technologies, epitomized by the rise of Google (Alphabet), Microsoft, Facebook (Meta), Apple, and Amazon, whose combined market capitalizations exceeds GDPs of all nations except two.  On the other hand, the fortunes of US manufacturing sectors declined dramatically, so much so, that manufacturing has largely left US shores. Today, US’s largest imports include cars, computers, and phones, all of which were initially discovered, prototyped, and produced in the US. Much of manufacturing has gone to China, with whom US now has the largest trade deficit.


Apple, the most valuable non-state-owned enterprise in the world, exemplifies this development. Its main product, iPhone, represents numerous cutting-edge software and hardware technologies. But while Apple jealously guards the operating system and software end of iPhone, it liberally distributes iPhone’s manufacturing to third-party foreign suppliers. Another example is microchips, without which no modern gadgets or machines will work. Even though US was the pioneer in semiconductor design and manufacturing, over the years, it offshored the foundry part of semiconductor business to Asian suppliers. By going fabless, US companies reduced their capital employed and focused on the design part of the business, based on the belief that the most rewarding part of value chain was designing, not manufacturing.

These developments have worked well. Many regions have emerged with specialized skill sets and competencies. For example, California’s Silicon Valley is the global leader in new digital businesses ideas, Boston is a hub for biotechnology start-ups, Taiwan a global leader in semiconductor foundries, China’s Shenzhen region leads with an ecosystem for manufacturing electronic products, and India’s Bangalore and Hyderabad metros employ millions of software coders. This is the most optimal situation for technological progress and society’s general welfare, a virtual dream come true for the 19th century economist David Ricardo. He professed that instead of trying to produce everything, each region must specialize in producing goods in which it has comparative advantage.

Yet, new factors are emerging on the horizon that question this global outcome. First, technological development in the US has been highly lopsided. While a few east and west coast cities of the US have seen unprecedented growth and wealth creation, the inner cities of the US are languishing. They have experienced large loss of manufacturing employment and decline in living standards. Second, geopolitical developments such as Covid-pandemic followed by Russia’s Ukraine invasion show how fragile the global supply chains are. Factories are closed, parts have not reached the factories, goods if produced are waiting to be shipped, or even if shipped, are stuck at ports. And the third factor is the emergence of new opportunities and business models in manufacturing technologies, that go beyond the realm of software, widely called the fourth industrial revolution or Industry 4.0. Ignoring it means loss of technological leadership.

Let’s illustrate the third point with the contrasting examples of Ford and Tesla within the US car industry. Henry Ford’s original business model was that of a fully vertically integrated manufacturing system. Ford owned steel mills and all the factories that produced the car parts. Ford even owned a railroad and freighters to move goods. Over time, Ford began outsourcing the manufacturing piece of its value chain. That outsourcing expanded so much that Ford now produces no car parts and is a mere assembler of them. This was ostensibly done to save labor costs, given the predominance of labor unions in the Detroit region.

Fast forward to the current era. Tesla has not only gone back to Henry Ford’s original business model but has also created a highly integrated value chain in the US. It built a full-service auto plant in Freemont, California, filled with giant robots and automatic machines. Its main core technology is a proprietary powertrain system, which it fully controls with inhouse engineering and manufacturing. Its second core technology is batteries, whose production is also controlled by a Gigafactory in Nevada. Finally, Tesla develops it own technologies, systems, and software, along with vision and radar-based sensors, to enable self-driving feature of its vehicles. Its vertical integration does not end at manufacturing. It sells its cars directly to customers, removing the middlemen and dealers form the equation. And Tesla owns and operates the largest charging network in the world. Tesla’s factories around the world, if any, are not for sourcing car parts, but for manufacturing cars closer to the international markets.

So, what’s the logic behind Tesla’s complete reversal, that is, bringing home fully integrated value chain. Recall that the original ostensible reason for sending manufacturing abroad was to save labor costs. That logic no longer applies given the emerging technologies and business models. Contrast savings on labor costs, by shifting factories to Asia, against the additional costs of moving raw materials, managing coordination complexities among international suppliers for the manufacture of intermediate parts, stacking up of tariffs, taxes, and duties, and transportation costs of bringing finished goods back home. Even if a US company does not directly bear the intermediate costs, it must indirectly pay for those costs in its final purchase price.

Most importantly, globally distributed manufacturing hinders innovation. A product like Caterpillar’s excavator, John Deere’s tractor, or General Motor’s SUV is an assembly of thousands of parts and components. Changing an existing model or creating a new model requires creation of new parts and modification of existing parts. Creation and modifications of subcomponents through geographically spread-out third-party suppliers takes long lead times and imposes coordination challenges. Simple back and forth communication across time zones takes days instead of hours. This challenge is multiplied if the outsourced component is itself an assembly of parts. Think of a drive train or chassis of a car, each made of hundreds of parts. So, creating a simple prototype of a new product could takes years. Setting up a compete supply chain for ramped up commercial production would take a decade. This slows down innovation. Besides, defects and faulty manufacturing are often detected when it is already too late. Correcting them requires recall of all components up in the value chain, some of which found their way to completed product, already sold, and met with accidents.

To add to all this, additional challenges are emerging from geopolitical events. Value chains that are intermeshed like spaghetti can come to a grinding halt with the disruption of just one component. We are all aware of how disruption in supply of semiconductor chips hobbled automobile production lines. Imagine the scenario to a manufacturing line that uses semiconductors if Russia-Ukraine situation is repeated with China-Taiwan.

In hindsight, it seems irrational for the US to spread out manufacturing supply chain simply to save labor costs. More important, new production technologies are not just on the horizon, they are already here, and are being widely being used. Like Tesla, factories that are built with smart machines, and rely on machine-to-machine communication (M2M) and the internet of things (IoT). Machines communicate, plan, coordinate, and even instantaneously analyze and diagnose defects. Continuous learning improves efficiency and brings down defect rates. Improved coordination reduces the need for inventory and accelerates response time for prototyping, innovation, and experimentation.

Bringing back manufacturing hubs to US is not only becoming increasingly imperative, given the growing geopolitical uncertainties, but is also profitable. US possesses the comparative advantages for most critical ingredients for building Industry 4.0. The most important ingredient is engineering talent, which is not only abundantly available in the US, but is currently being underutilized or languishing in rust belt. That talent is supplemented by the worlds’ most prestigious universities, research labs, and fundamental research systems, all located in the US. The second ingredient is large capital, required to build new robots, smart machines, and Gigafactories. US not only has well functioning banking and investment system, but also has the lowest cost of capital in the world. Third, the Industry 4.0 requires integration of hardware, software, algorithms, and electronics, in which US is already the global leader. Fourth, any manufacturing hub should be located close to the markets—US is one of the largest markets in the world. Finally, US is a democracy, has functioning judiciary, well established commercial laws, and relatively stable economic environment. Needless to say, these combined benefits outweigh the costs of higher labor costs, which anyway are relatively insignificant in Industry 4.0.

In sum, Tesla’s example shows how to capitalize on a growing opportunity. US was either the global leader or was among the leaders in past industrial revolutions. Here is yet another opportunity to become a global leader, in high-tech manufacturing. It is also in national interest to gain or retain that leadership. First, and foremost to be self reliant on critical machines and industry. And second, to balance the lopsided developments in rust belt versus coastal cities. 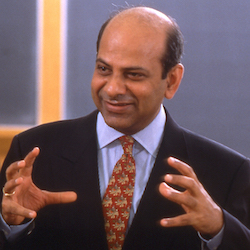 Anup SrivastavaFollow Anup Srivastava holds Canada Research Chair in Accounting, Decision Making, and Capital Markets and is an associate professor at Haskayne School of Business, University of Calgary. In a series of Harvard Business Review articles and California Management Review posts, he examines the management implications of digital disruption. He specializes in the valuation and financial reporting of digital and knowledge-intensive companies. 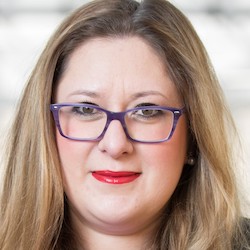 Luminita EnacheFollow Luminita Enache is an Associate Professor at Haskayne School of Business and Future Fund Fellow at the University of Calgary. She investigates the role intangibles plays in shaping the new economy firms, corporate governance, and more recently on the health economics. She specializes financial disclosures of biotechnology firms.
« PREVIOUS
Digital Transformation as Disruptive Strategy
NEXT »
Securing the Upside of Digital Transformation BEFORE Implementation 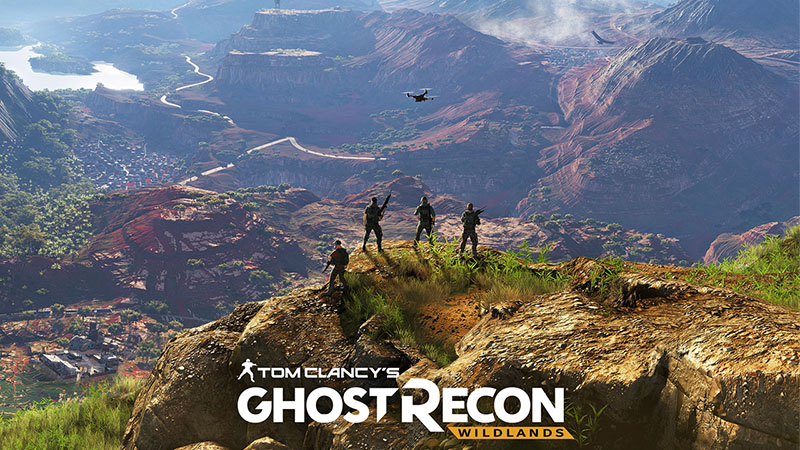