The Benefits of Being an Earth-Friendly Business 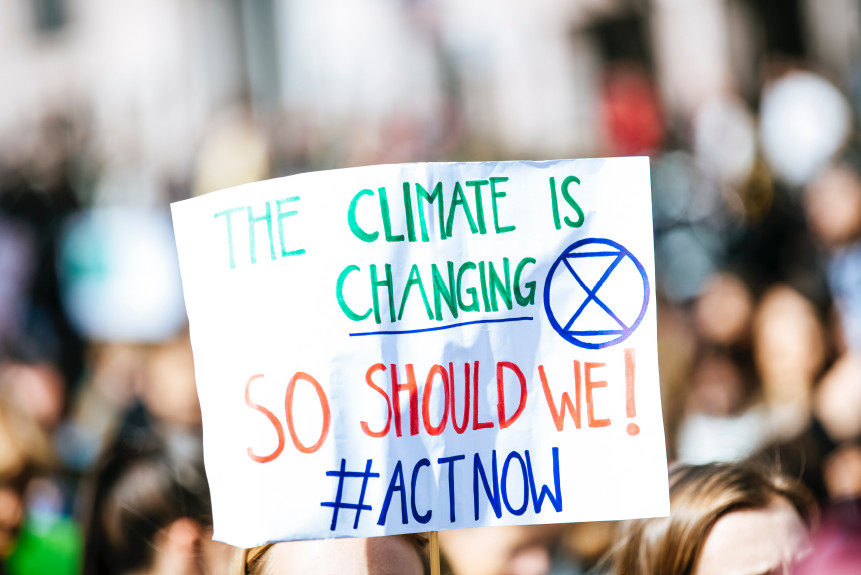 With near 30 confirmed deaths, over 3,000 destroyed homes, and countless lost wildlife, the Australia wildfires are another stark example of how global climate change is creating unprecedented natural disasters. The perfect storm of extreme weather conditions in Australia has resulted in the countrywide inferno – One of its worst droughts of the new millennium, a record-breaking December heatwave, and powerful winds spreading the flames further. These hotbed cocktail conditions for maximum damage will continue as we continue to neglect our fault in the changing planet.

Chiefly, we must address and change our deleterious means of mass manufacturing and production. With the world population at 7.7 billion and scientists predicting Earth can only sustain 9-10 billion, new less impactful ways of meeting humanity’s growing consumer needs are essential. It is therefore encouraging that there are financial incentive for some companies to “go green” and create sustainable products or means of production. Here are just a few companies who have successfully developed Earth-friendly business models and products.

The Bruce-Wayne-like tech titan boasts a nearly $24 billion market cap in no small part to his dedication to societal betterment. His electric car company Tesla skyrocketed in the mid-2010s after the arrival of the company’s affordable Model 3. Sales jumped 280% in America between 2017 and 2018. The rest of the industry saw the business opportunities and begin to follow the trend. Renault announced they sold more than 5,000 electric cars for a third consecutive month.  With carbon emissions a major factor in global climate change, consumers are growing more favorable to electric cars due to their lower emissions, fuel efficiency, and more affordable models being available. In 2018, electric cars accounted for 13% of new passenger vehicle registrations in the Bay Area, up from 7% in 2017. The trend was brought to fruition through Musk’s ingenuity and proving that clean solutions can create profitable business.

This is a great example of how solutions-driven innovation can create markets and mitigate distance and institutional voids in emerging market contexts. In the CMR article “Embracing Solutions-Driven Innovation to Address Institutional Voids: The Case of Uber and the Middle of the Pyramid,” Uber was able to expand into Africa by recognizing there were transportation shortcomings that could be met through their ride-sharing app.iBy similarly seeing the capacity and desire for clean, affordable transportation, Musk and Tesla fulfilled a societal need while also securing their place at the top of the electric car market. Musk is also actively growing other clean and societally-beneficial companies like solar energy services company SolarCity, “friendly” artificial intelligence company OpenAI, and The Boring Company, a construction company that looks to solve Los Angeles’s traffic woes with underground tunnels for electric car transport.

Go to any hipster beer-n-burger spot, chances are there’s an “Impossible Burger” for sale. These meatless burgers are made of cellulose, coconut fat, wheat, and potato protein and are fashioned to look and taste exactly like the real thing. Not only are they succeeding in replicating beef, they are gaining serious ground with the public as sales have surpassed expectations. Beyond Meat Inc. shares soared 25% last June after beating Wall Street’s expectat1ions in its first earnings report since its initial public offering in the previous May. They reported revenue of $40.2 million, more than triple the prior year. That also beat Wall Street’s forecast of $39 million. The El Segundo company also said sales would exceed $210 million, beating analysts’ estimate of about $205 million.

Meatless meat is a direct response to the growing concern that cattle production is a major detriment to the environment, with livestock farming attributing up to half of all greenhouse gas emissions created by humans. Outside of plant-based replacement meat, cell-grown slaughterless meat is also gaining ground in market consciousness. Since 2019, companies have invested over $16 billion in U.S. plant and cell based meat companies, $13 billion of which coming between 2017 and 2018. These trends are only bound to grow as technology hones in on lab-grown meat and replacement meat getting more affordable and close to tasting like the real thing. The general public considering it in-vogue also adds to the allure.

What are some other ecological woes where solutions could prove profitable for enterprising firms? The giant swirling mass of plastic floating in the Pacific Ocean would be a good place to start. Between 5 to near 13 million tons of plastic gets added to the ocean every year. There already exists a “Great Pacific Garbage Patch” that is twice the size of Texas. The Ocean Cleanup Project is a team of engineers, scientists, and computational modelers working to eradicate the plastic debris from the ocean. Last year, they successfully launched a 2,000 ft. floating boom to capture and collect said debris. It removed 60 cubic meters of plastic from the ocean. A company who could use Ocean Cleanup Project’s model to remove more debris in bulk could prove profitable from conscientious investors who wish to see the solution enacted on a larger scale.

These examples suggest that as the risks of global climate change become increasingly salient, the public’s demand for responsible business leadership has grown In the future, we can look forward to a steady increase in economically viable green business ventures as they become more in demand and thus profitable.

Why “Think Globally, Act Locally” is a Dangerous Strategy for Emerging Markets