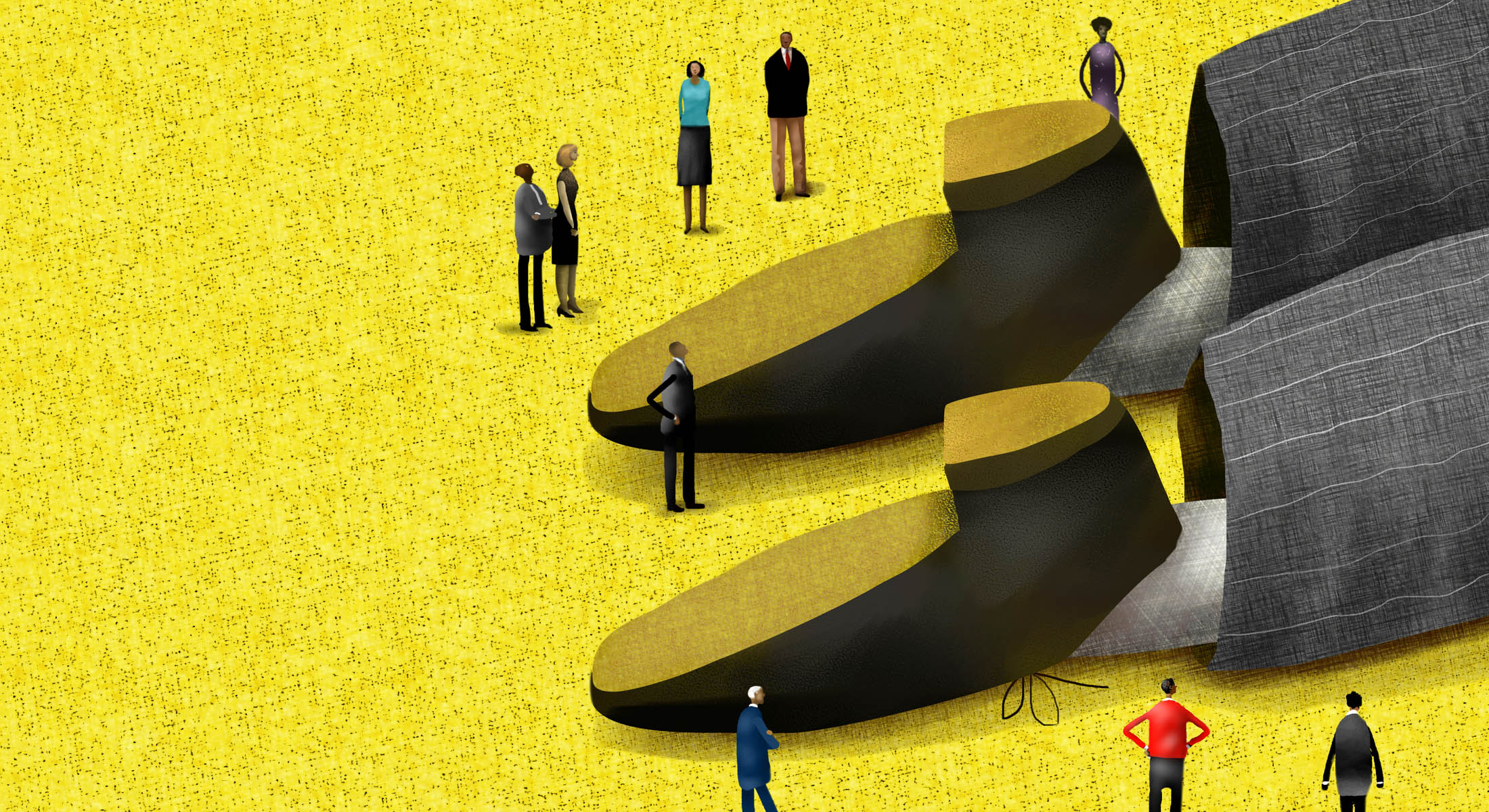 It was a fall from grace of poetic proportions. Before 2012, Tesco had been popular with investors, including prolific investor Warren Buffett, and was widely seen as a safe bet. But from 2012 to 2014, Tesco’s stock price suddenly fell 43% relative to the FTSE100, and its CEO Philip Clarke left the firm soon after.

While dramatic, Tesco’s decline is not an anomaly. In the past decade, nearly one in five of the top 100 firms in the USA and Europe experienced a major stumble or a setback that can be largely attributed to management error. AIG, Citigroup, Intel, Rolls Royce, Target and Volkswagen are all firms that have encountered such a stumble. Unlike firms steadily declining over a long period, these are examples of large, well-established companies that weakened with little forewarning. So how do such successful companies suddenly fall?

Why do giants stumble?

There are two broad causes of corporate stumbles: strategic failure and operational errors

In nearly every stumble belonging to the former category, the strategic challenge the firm faced was growth–low market growth, patent expiry, or disruptive competition. Specific reasons for the strategy-related stumble included:

Operational errors were also responsible for or substantially contributed to stumbles. More specifically, these errors were:

In other words, these cases largely point to avoidable management errors.

The study identified two prominent factors leading to the above stumbles. First, top decision-makers and their individual skills were poorly matched to the company’s strategic challenges and goals. Second, decision-makers had blind spots to major risks.

When finding an appropriate CEO to lead the firm through strategic challenges, the candidate must be qualified to address the specific challenges in addition to having general leadership capabilities. For example, despite having the business acumen that might have made him suitable for the firm in normal periods, Nokia’s CEO Olli-Pekka Kallasvuo did not have the necessary expertise in high-tech products to compete with the challenge posed by the rapidly innovating iPhone.

It is also important that the firm chooses a strategic challenge aligning with the company’s management capabilities. In many cases, decision-makers decided to adopt challenges that were too difficult for the management team, such as risky investments or expensive acquisitions. Firms should realistically assess the business, added-value, and capital markets logic of potential strategy prior to investing.

A firm can also fall prey to various biases that distort their decision-making. The study names two types of biases in stumblers: bias to growth and bias to trivializing compliance or financial risks. Executives can get over-excited about growth opportunities and fail to accurately analyze its risks. More often, however, operational errors were attributed to compliance or financial risk. Firms should monitor every level of operation for compliance, closely screen their outsourcing partners, and institutionalize strong control processes and a compliance culture.

To prevent these errors, the authors of “Why Giants Stumble” have devised an Emperor’s Clothes Test to review the capabilities and determine the appropriateness of a firm’s executive team. The test takes into account a CEO’s qualifications, the ability of their supporting team, and the appropriateness of the Board by asking a series of questions to evaluate a decision-maker’s ability including:

Screening the composition of a firm’s leadership for the most suitable decision-makers can help major companies avoid preventable setbacks. Giants can avoid stumbling by being realistic their strengths, recognizing the inadequacies and biases present in all levels of the firm. Diagnostic measures like the Emperor’s Clothes Test substantially reduce the likelihood of cautionary tales like Tesco’s stumble by holding up a mirror to firms and the actors operating within them.