IoT Platform Wars and the Battle of the Sexes 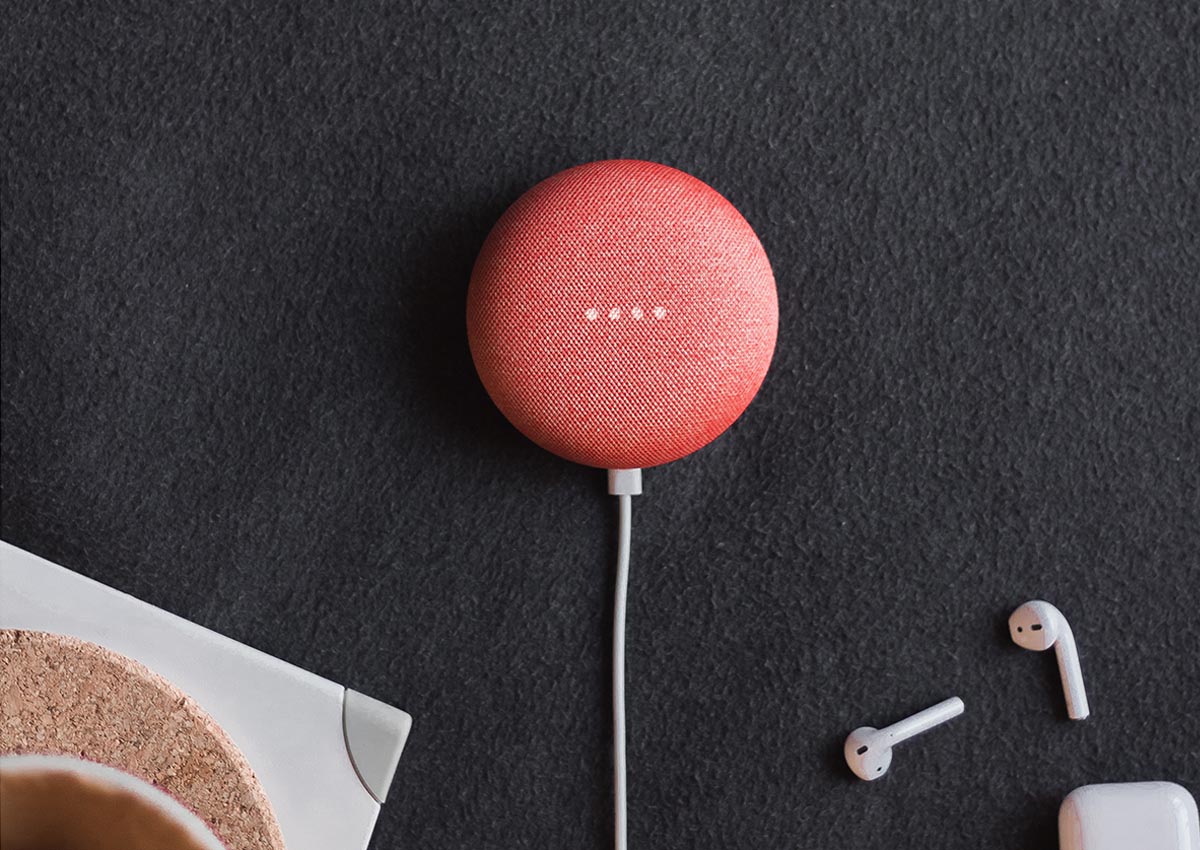 The internet of things (IoT), a term that entered the lexicon of business at the beginning of the 21st century, refers to the ability of physical devices that are connected to the internet to collect and disseminate information. Industry analysts estimate the number of IoT-enabled devices to grow from approximately 8 billion in 2019 to approximately 41 billion by 2027. And the market research firm, International Data Corporation, estimates annual spending on IoT to grow from $726 billion in 2019 to $1.1 trillion by 2023.

IoT platforms are pivotal to the growth of IoT markets because of their central role in accelerating connectivity (the linking of devices, networks and systems), data aggregation and storage (the collection, dissemination and storage of data), and application enablement (the customization of solutions for end-users’ needs).

Because each IoT platform comes with its own collection of technical standards and protocols, standards wars are common. In the smart home market, for instance, the standards war pitting the leading platform sponsors —Google, Amazon, and Apple — has slowed consumer adoption.

Standards wars are best understood through the prism of Battle of the Sexes games. I am not referring to gender wars or to the Hollywood film (by this name). I am referring to the 2nd most famous game in game theory (after the Prisoners’ Dilemma game) — a game which highlights the challenges that players have in coordinating actions when they have diverse preferences.

The Battle of the Sexes

In the most commonly told narrative, a husband and wife must decide where they will meet later in the evening. Each has two options: the bullfight or the opera. The husband and wife want to be together though each has distinct preferences. The husband would like the wife to join him at the bullfight while the wife would like the husband to join her at the opera. Neither will be pleased if the other is not by their side. 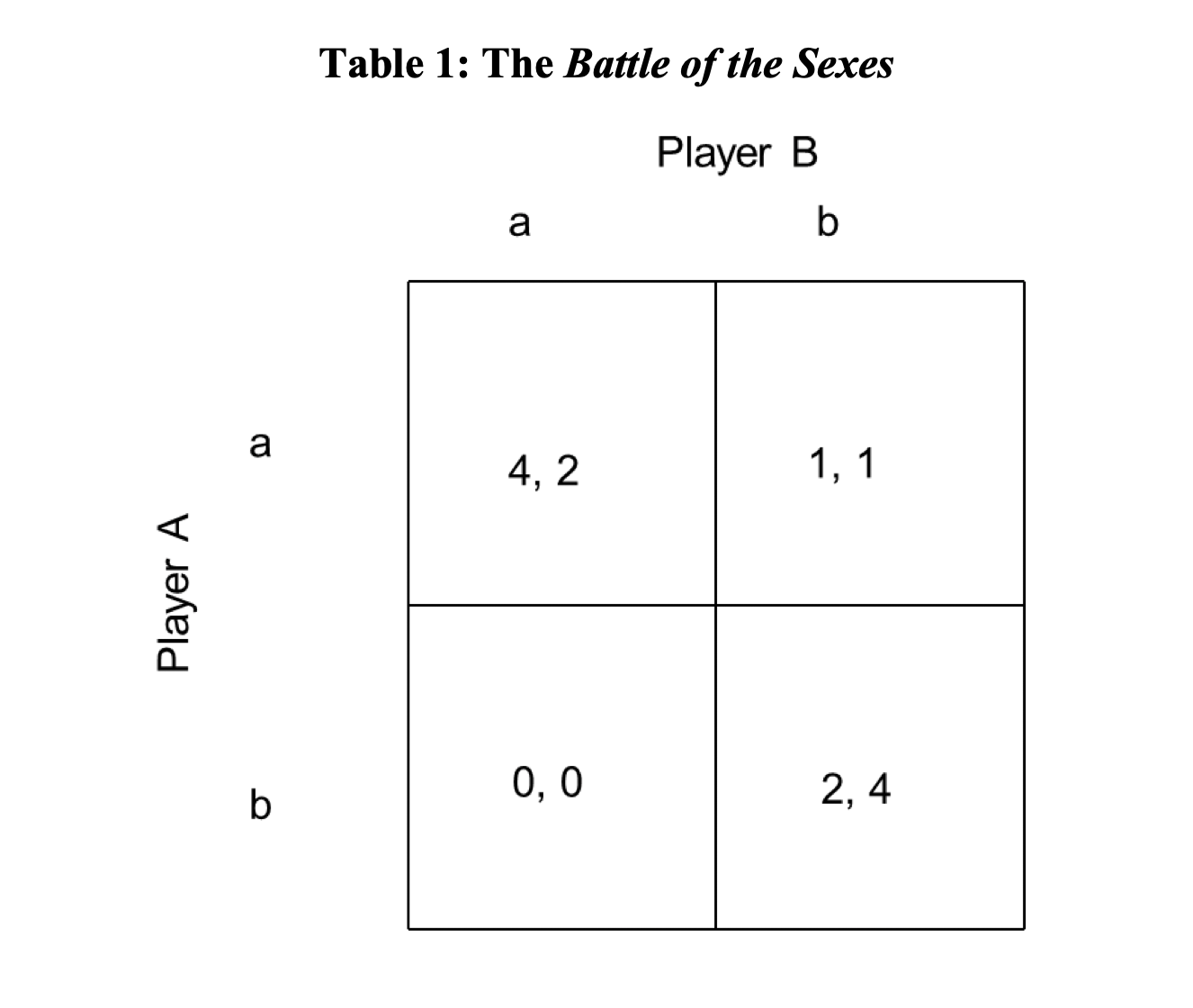 That there are 2 Nash equilibria means that one cannot predict which Nash equilibrium will be observed. If players choose their most preferred standard, the outcome is an out-of-equilibrium play: (a, b), which yields payoffs of (1, 1).

The coordination challenges in Battle of the Sexes games are vividly illustrated in O. Henry’s Christmas tale, The Gift of the Magi. Jim and Della are a young couple who do not have much money to buy each other a Christmas gift. The one thing of value that Della possesses is long locks of hair. And the one thing of value that Jim possesses is a gold watch which he inherited from his grandfather. Their love for each other causes them to think (and act) altruistically. Della cuts her hair and sells it so that she can purchase a chain for Jim’s watch while Jim sells his watch so that he can buy ornamental combs for Della’s hair.

Their altruism leads them to (what the game theorist might view as) a disastrous outcome. But altruism is not necessary for coordination failures. As the standards war example illustrated in Table 1 shows, even rational players pursuing their own narrow interests can make choices that leave them worse off.

Communication can reduce the likelihood of out-of-equilibrium play. But what kind of communication? And how much?

The Modified Battle of the Sexes

Examining standards wars during the 19th and 20th centuries (such as in railroad gauges, electricity, color television, VCRs, browsers, modems and more), Carl Shapiro and Hal Varian (1999) conclude that standards wars generally end in one of three ways: a truce, a duopoly or a fight-to-the-death. Compromise choices (the equivalent of a truce) can serve as focal points, especially when they are sponsored by trusted third-parties and when the proposed compromise choice is perceived as transparent and fair.

In the smart home market, Google, Apple, Amazon (and others) have agreed to put an end to the standards wars by adopting a common standard. The common standard, known as “Connected Home Over IP”, will be managed by the Zigbee Alliance — an IoT industry cooperative. The common standard will be open-source, royalty free and will be compatible with established standards such as Wi-Fi and Bluetooth. The specifics of the compromise choice are to be determined.

Extending the Battle of the Sexes game permits an understanding of when compromise choices can emerge as a focal Nash equilibrium. Suppose that Players A and B can now choose from three possible standards, a, b, and c where c is the compromise choice proposed by a 3rd party. 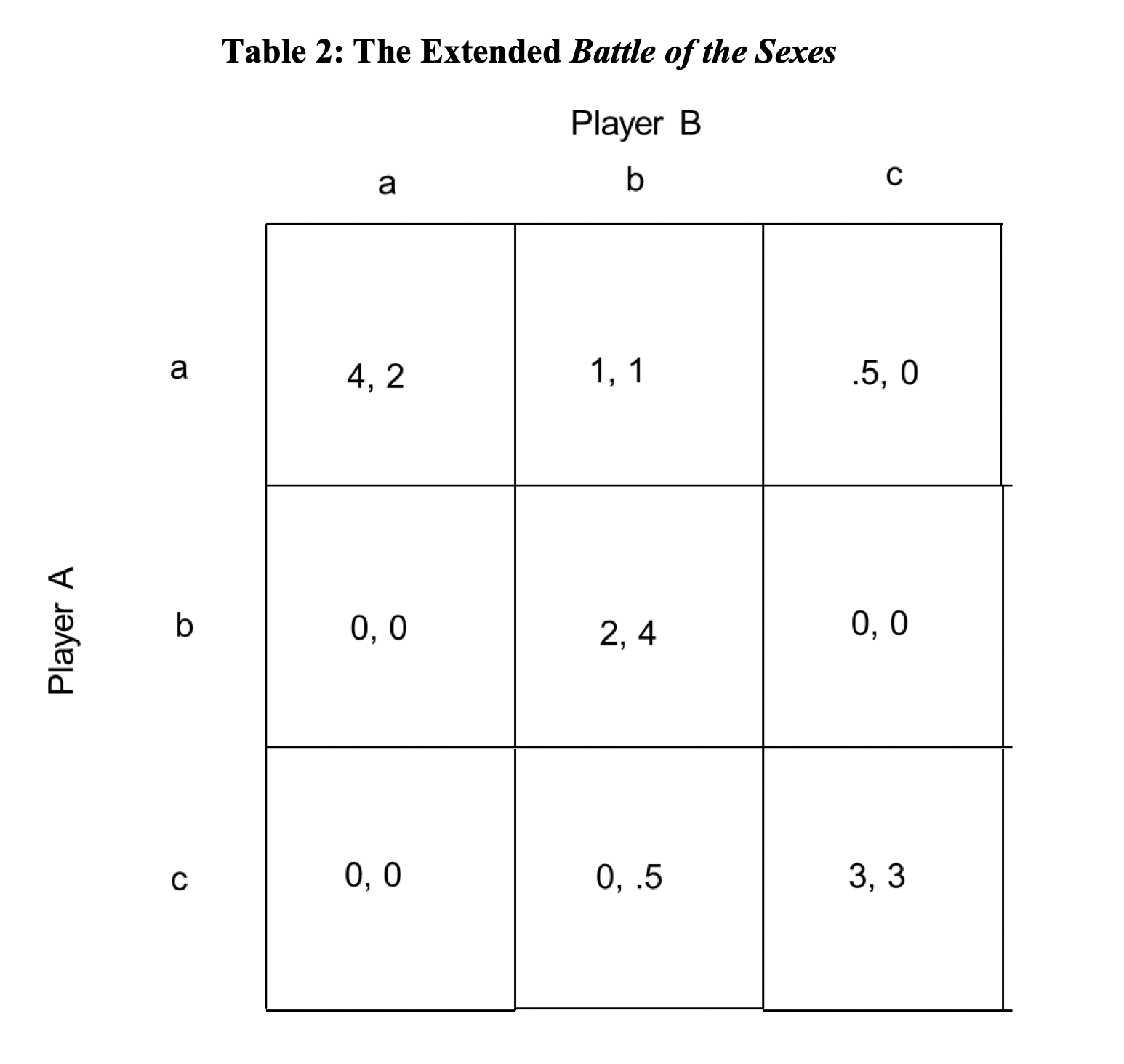 Table 2 presents the normal form for this modified Battle of the Sexes game. Notice that the compromise choice yields meaningful payoffs only if both players choose it. Inspecting the payoffs, it is evident that are 3 Nash equilibria: (a,a), (b,b), and (c,c). The (c,c) equilibrium is likely a focal Nash equilibrium because it is equitable and because it is administered and enforced by a 3rd party.

Experiments simulating the Battle of the Sexes game show that the inclusion of a compromise option can alter players’ choices. In a recent paper, He and Wu (2020) show that the compromise option is chosen in one-shot games but in repeated games, the players may coordinate around their preferred choices. Clearly, the tenure of the game as well as the players’ relative payoffs makes a difference.

The ongoing IoT platform wars are best understood through the prism of the classic Battle of the Sexes game. Because Battle of the Sexes games have multiple Nash equilibria, coordination challenges raise the potential for out-of-equilibrium play. Communication and repeated play can help the players avoid poor choices. Compromise choices can, if they are sponsored by 3rd parties that are trusted by all participants, emerge as a focal Nash equilibrium.

Ram ShivakumarFollow Ram Shivakumar writes articles and columns on innovation and growth strategy and teaches courses on Economics & Strategy at the Booth School of Business at the University of Chicago.
« PREVIOUS
Four Steps to Preserving Privacy and Debiasing Data-Informed Policy
NEXT »
Harness Natural Language Processing to Manage Supply Chain Risk