Robots in the Workplace 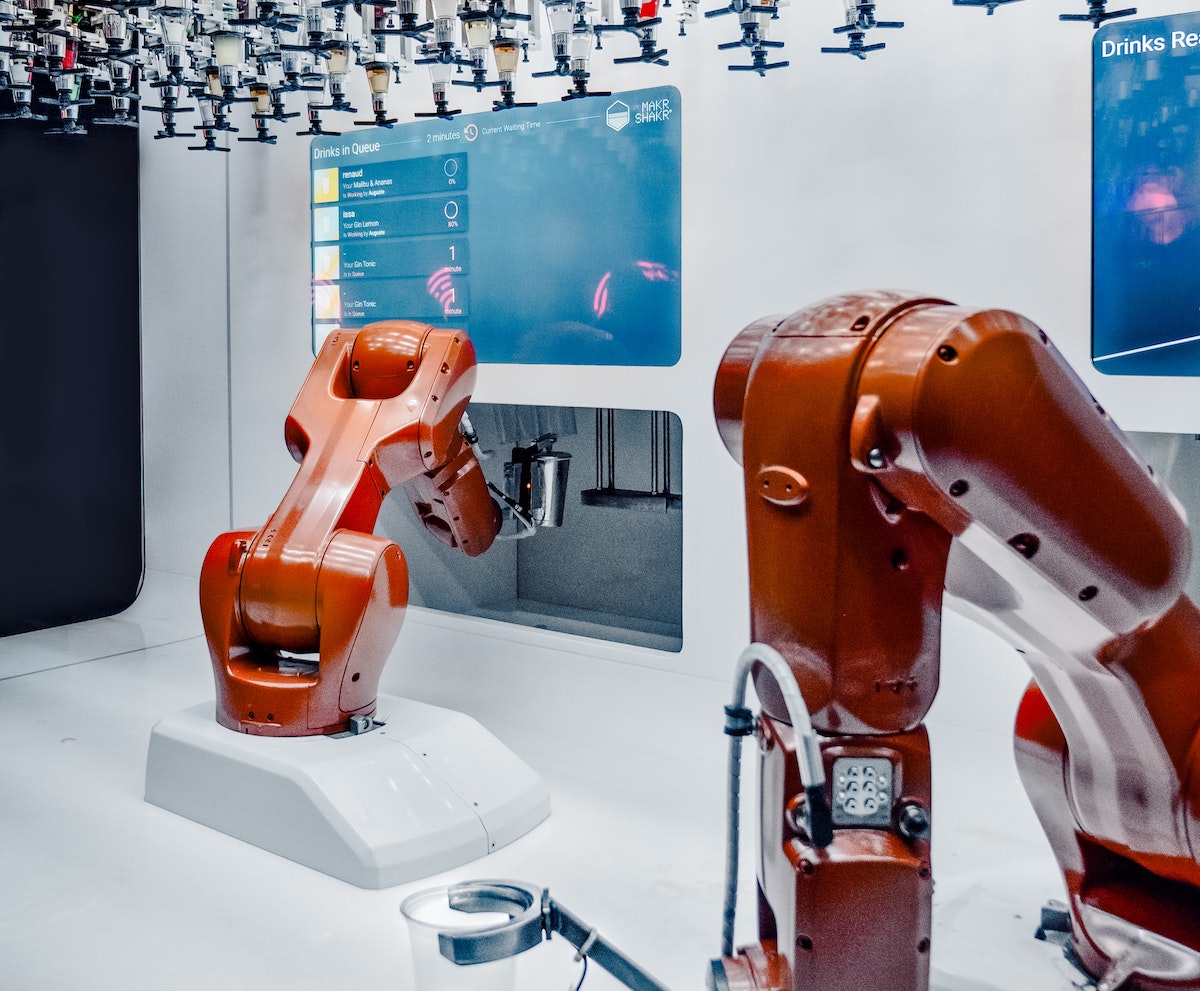 Robots' impact on the future of work is best understood through an "exit, voice, loyalty" formula.
Insight | frontier 22 Aug 2022   PDF

A lot has been written already about the future of work and the impact of automation and robotics on jobs. A 2018 World Economic Forum report projected that between 2018 and 2022 there will be a 75 million jobs loss and 133 million new jobs created. Another study by the International Federation for Robotics found robots responsible for employment growth in some sectors such as the automotive. Two other studies by the McKinsey Global Institute and by IZA, a German institute for economic studies found only a minority (10% and 35% respectively) of jobs are fully automatable and for the most robots and humans will work together and increase overall productivity.

“Digital Artifacts in Industrial Co-creation: How to Use VR Technology to Bridge the Provider-Customer Boundary” by Angelos Kostis & Paavo Ritala. (Vol. 62/4) 2020.


How exactly will automation and robotics shape the future of work and labour markets cannot be inferred from surveys and trend spotting alone. With robots becoming increasingly a common sight in the workplace, it is possible to make some predictions based on existing experiences. Let’s consider four such experiences from different parts of the world and from different sectors.

Across the world, farmers use of herbicides, a chemical, to eliminate unwanted plants, weeds and species. Herbicides are potentially harmful to humans and keeping farmers safe from them is a top priority. ecoRobotix, a Swiss company founded in 2011, has come up with a solution to make herbicides safer to farmers and to the environment. It developed, AVO, a field robot that performs autonomous weeding operations in field and row crops. Using machine learning, the robot is able to positively identify 86 percent of weeds in a given area, then selectively sprays them with a targeted micro-dose of herbicide. With its centimeter-precise detection and spraying, it is able to reduce the volume of herbicide needed by over 90%, while ensuring that crops for human or animal consumption are not sprayed with the chemical. In doing that it also reduces the need to find and hire seasonal workers. AVO is an example of a robot that has entered a labour market that workers want to exit.

Compare this with the cobots (collaborative robots) developed by Audi to assist its 3000 workers in its factory in Brussels, Belgium. A main challenge for Audi is the natural ageing process of its workers that make them less able to fulfill the physical requirements of the assembly line over to time. For example, handling and positioning large, stamped metal panels becomes much more difficult as a worker loses physical strength and dexterity with age. The risk of workplace accidents rise and their productivity declines as they require more time to complete such tasks. Such restrictions occur well in advance of the official retirement age (65). The workers have no intention to exit, but they voice their concerns about the increased challenges they face while performing their jobs. Therefore, to produce the Audi A1 car, the factory employs a total of 550 industrial robots in the body shop and 30 in the paint shop. An evaluation of the cobots effect showed that workers now view their work as less strenuous, production time became faster, and quality of work went up with increased reliability.

The above example from Audi shows that robots can also be used to address the voiced concerns of workers who do not wish to exit their jobs. While assembly line jobs may still attract some workers who prefer less complex routine jobs, some jobs attract people with passion. For example, research has shown1that despite low salaries, few opportunities for advancement, and challenging work environments, most public librarians are satisfied overall with their jobs and careers, primarily because of the intrinsic rewards of the profession. Librarians are loyal to their profession, regardless of the difficulties involved. Nevertheless, a profession that is fueled by passion is not aloof from the threats of ballooning mundane tasks and outdated inefficient routines.

The so-called I2R team, part of Singapore’s Agency for Science, Technology and Research (A*STAR), recognised this problem among librarians in the country’s public libraries system. Librarians have been spending many hours daily looking for misplaced and missing books between hundreds of rows and shelves in order to serve their patrons. To solve the problem, the I2R team developed the Autonomous Robotic Shelf Scanning (AuRoSS). AuRoSS is a robot that self-navigates public libraries at night, scanning RFID bar code tags in books on shelves in order to identify those that have either been misplaced or which are missing from where they should be.  Rather than librarians spending many hours each day scanning entire library collections for misplaced books or missing ones, the robot completes that task with 99 percent accuracy and then generates a report of target items for the library staff to see in the following morning. Consequently, librarian staff are able to use their time on more activities that use their skills and talents to improve the quality of the services offered to their customers.

Another profession that is driven by passion is baking jobs at bakeries. Baking is an artisan job that requires craft and skill. But as successful bakeries grow in scale, the number of boring “craftless” tasks increase and need to be done. This problem faced Boulangerie La Fabriquein Quebec, Canada.  With fewer than 20 employees, Boulangerie La Fabrique needed maximum efficiency to keep up with demand from growing business. Simply hiring new staff to take care of the non-baking element of the job wasn’t easy. Boulangerie La Fabrique wanted to continue attract and retain workers who were interested in the rewarding aspects of the job.

The solution was found in a six-finger robotic gripper that grabs the loaves in the accumulator and carries them to a bagging machine. The robot repeats the process, placing a second row of loaves on top of the first. As the loaves travel down a conveyor to a robotic pick station, once there are enough loaves on the conveyor to fill one layer of a bread bag, the bread blocks a photo-eye, triggering the robot into an action. The solution was developed by a local company, Universal Robots, customised specifically to meet the bakery’s needs which were to ease labour pressures on the packaging line, improve the packaging operation and retain workers by keeping their jobs interesting to them.

The four examples show that the future of work is best predicted by understanding the psychology of workers practicing various professions and what drive people to certain jobs and out of them. The famous formula of ‘exit, voice, and loyalty’, coined in the 1970s by the famous German economist Albert O. Hirschman can be very indicative in this context. Professions where workers exit quietly, robots will enter to fill the gap left by humans. Whereas professions where workers’ stay on hinges on responding to their voiced concerns, robots will be deployed to help improve work conditions and re-establish an accepted level of job satisfaction. Finally, where professions attract people to by passion for the trade, robots will be deployed to preserve the attractiveness of these trades, enhancing their creative elements and minimizing the less desirable ones. 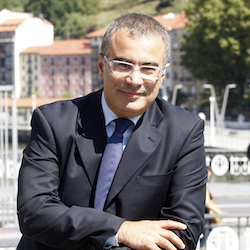 Sami MahroumFollow Sami Mahroum is currently Professor at the Free University of Brussels (VUB/ULB) and Advisor at the FARI Institute: AI for the Common Good. A former Director of INSEAD’s Innovation & Policy Initiative, he serves as a technology and innovation policy advisor for governments and advisory firms.
« PREVIOUS
Reinterpreting Adam Smith for Today’s Economy
NEXT »
How Can Women Board Members Bring Focus on the Governance of ESG Strategy?